OECD: Costa Rica is an “expensive country” due to lack of competition

Profit margins are higher here than in most nations of the organization. Weak competition makes Costa Rica an 'expensive country'

(QCOSTARICA) Weak competition in several markets tends to translate into relatively high prices of goods for consumers, as well as supplies for companies, points out the Organization for Economic Cooperation and Development (OECD), in its Economic Study on Costa Rica, published this Wednesday, July 15.

The Organization provides some examples where, among six selected countries, Costa Rica is the second with the most expensive milk and rice, and the first where buying a vehicle or paying for Internet service are more expensive. 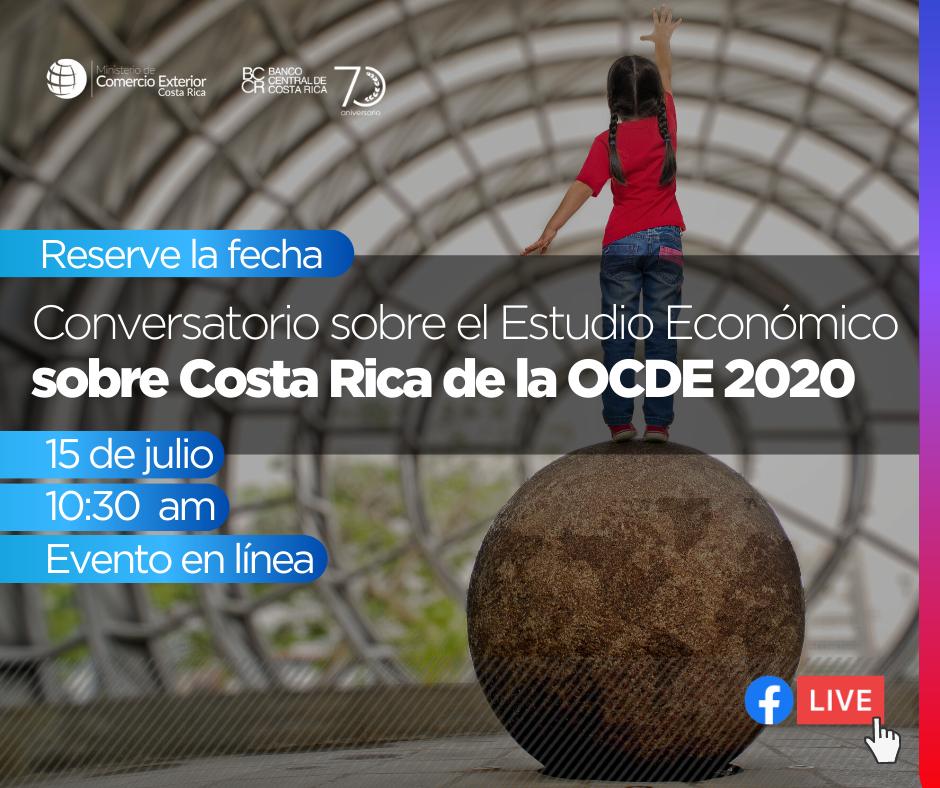 “This has led to a general categorization of Costa Rica as an expensive country, where a basic basket of goods and services costs significantly more than in neighboring countries,” says the agency.

“A relatively small number of large companies dominate the economy, indicating the need to improve regulations to promote a more competitive business environment. The calculations made for this study indicate that profit margins are higher in Costa Rica than in most OECD countries,” the study points out.

Luis Mastroeni, director of Corporate Relations and Sustainability at Dos Pinos, argued that in the Costa Rican dairy market various companies and a great variety of brands come together in different types of products, where in six product categories, there are more than 29 brands. There is, he added, an opening process with other countries, particularly with the United States, which reinforces the trend towards a globalized market.

Meanwhile, the president of the Commission to Promote Competition (Coprocom), Mariana Castro, said that the markets mentioned by the OECD may be a priority for when the members of that group are changed. The new conformation is in process, in compliance with a new law.

Alberto González, from the OECD’s Department of Economics, emphasized that Costa Rica is an expensive country and in many cases, it occurs due to regulations that prevent competition.

“The situation in some markets in Costa Rica is the situation that has reached a bad balance. In the sense that there are no incentives to increase productivity, but at the same time there are certain sectors that, through high prices, extract profits from the most disadvantaged classes,” said González.

Pilar Garrido, head of the Ministry of National Planning and Economic Policy (Mideplán), stressed that the regulatory burden works first on the procedures, as it is the easiest part to correct.

“In the regulatory improvement part, the Costa Rica Fluye (Costa Rica Flows) program will be entered to specifically analyze the need to reduce these transaction costs due to high regulatory cost burdens for the functioning of the markets,” said Garrido.

The Minister noted that the Presidential Economic Council took up the issues of distortions of specific markets, for which they use reports from the Commission to Promote Competition (Coprocom).

The OECD report explains that pressure from competitors and new entrants leads companies to set prices that reflect costs, which benefits consumers. In the absence of competition, companies gain market power and obtain high prices.

The Organization indicates that low-income households could benefit more from the improvement in regulations and competition.

It points out the experience of Costa Rica in the telecommunications and rice sectors, where the significant impact that the regulatory position can have with respect to competition, on the well-being of consumers is evident. 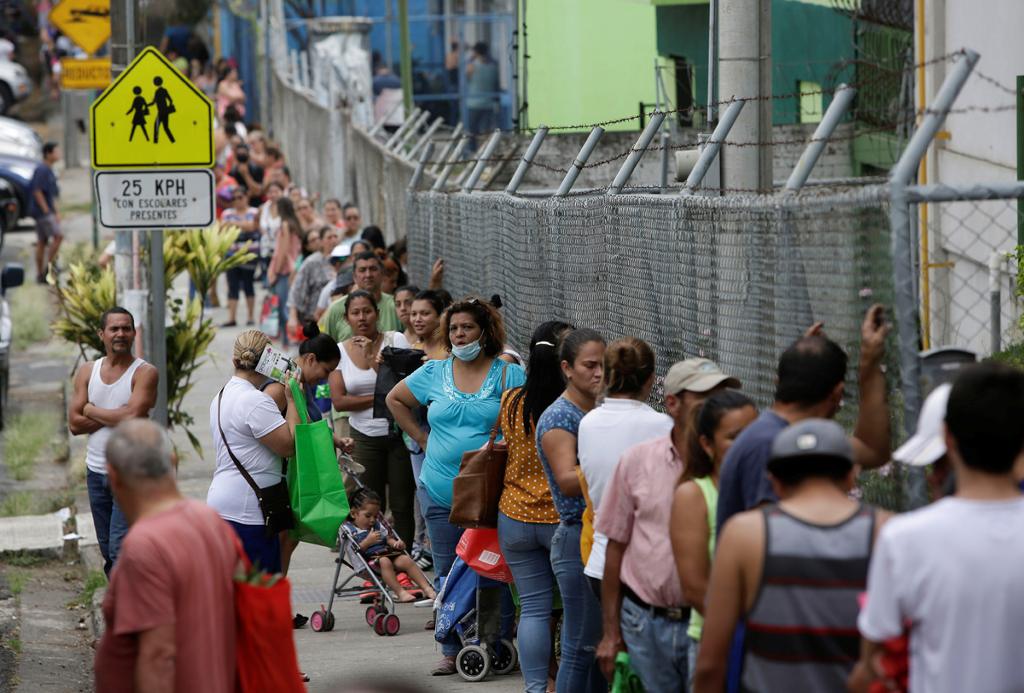 The legal monopoly in the mobile telecommunications sector was effectively repealed in 2011, as one of the requirements for the signing of the Free Trade Agreement between the Dominican Republic, Central America and the United States. Currently, four private companies, in addition to ICE, operate in the mobile telephony market and more than 10 companies are active in each of the fixed telephony and Internet access markets.

“This drastic increase in competition resulted in a great expansion of telecommunications services and lower prices. Today, Costa Rica is one of the leaders in the region in terms of mobile penetration, which creates enormous potential for financial inclusion. OECD calculations made for this Study show that low-income households particularly benefited from the lower prices,” says the Organization.

González highlighted that in the case of the rice sector, if it moved at prices in line with the international market, the households with the lowest income would most benefit.

“There are sectors that are still exempt from competition rules and we believe that this is inefficient and regressive because it affects the most disadvantaged classes,” said the OECD specialist.

The OECD study shows that rice is the most protected product in Costa Rica, despite the fact that it is an item in the basic food basket and that it is consumed the most among lower-income families.

“70% of the population consumes rice every day. Import tariffs for all types of rice are 35%,” the document highlights.

“The minimum reference price is based on an analysis of national production costs carried out by the National Rice Corporation (Conarroz). These policies have pushed prices well above international prices, creating returns that benefit a small group of large producers. The rice market is highly concentrated with 19 large farmers that represent more than half of the rice produced in Costa Rica,” the study indicates.

The OECD believes that promoting competition in the rice sector would benefit low-income households.

According to Rojas, the price comparison of rice with Spain, Chile, France and Mexico should be carefully reviewed, since they are different markets. Spain has specialized market segments (rice for paella, for example), France is a very low consumer of the rice, Mexico imports over 85% of consumption and Chile is also a low consumer, argued the rice representative.

Regarding the automobile market, Aguilar emphasized that the tax burden in Costa Rica is greater than 50% of the value of the car. “We must further analyze the (OECD) report,” he added, “to determine if this distorter was taken into account and isolated.”

Mastroeni, for his part, affirmed that Costa Rica has one of the lowest short-life (short-term) milk prices in the region, a basic product consumed by most of the population. He also highlighted that the country occupies the third place of consumption per person per year (per capita) of milk and its derivatives in Latin America, with 215 liters, double the Central American average.

The application of tariffs is one of the market entry barriers that limit competition. According to the Organization, the highest 20 tariffs apply to some agricultural products, such as meat, dairy, sugar, and rice.

“Costa Rica aims to become the Korea of South America”

QCOSTARICA - The president of Costa Rica had good reasons for...
Read more

QCOSTARICA - 50% of the tax revenue collected by the Ministry...
Read more

QCOSTARICA - Changes in consumption habits in terms of times, types of preparation and specialties challenge the coffee sector. Most of the consumers in Costa...
Redaqted

QCOSTARICA - No more soup for you! If the Minister of Public Works and Transport (MOPT), Rodolfo Méndez, has his way, the H. Solís...
Trends

Berlin is the place to be: the best parks, cinemas, concerts, and cultural life attract many students every year. COVID-19 has changed the situation...
Vaccine