"There does not exist a beach in Costa Rica where narcos haven't penetrated a boat with cocaine, coming from Colombia," Costa Rica's security minister 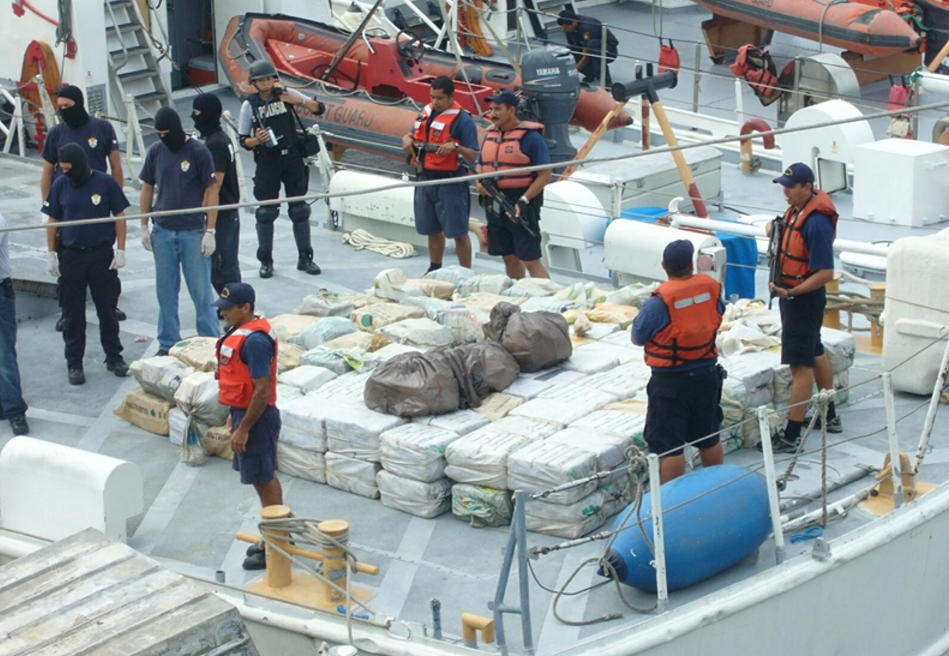 (Insightcrime.org) Security officials in Costa Rica say they are incapable of stopping transnational drug traffickers from using the country’s pristine beaches as stopover points for cocaine shipments headed to the United States, a development that’s likely linked to the surge in Colombia’s cocaine production.

The findings coincide with testimony given by Security Minister Gustavo Mata Vega before the Legislative Assembly in February.

“There does not exist a beach in Costa Rica where narcos haven’t penetrated a boat with cocaine, coming from Colombia,” Mata said.

The minister showed a satellite map of drug boats and planes that left from Colombia, Ecuador and Venezuela in 2016 for different parts of Central America, including Costa Rica

. The red lines in the map below represent maritime smuggling while the yellow lines signifiy aerial trafficking. Mata said Colombian intelligence officers provided his office with the map. 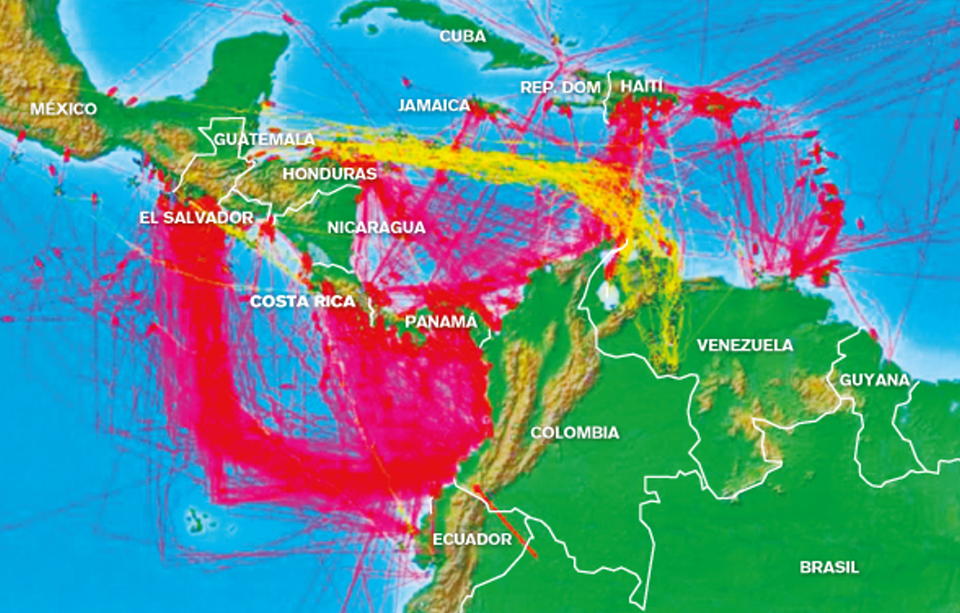 “The coast has 1,200 kilometers. We would have to have a boat for each kilometer in order to avoid [drug trafficking],” Coast Guard Director Martín Arias said recently.

But in reality the Coast Guard has far fewer resources at its disposal. The agency has just 300 officers and 70 boats, according to La Nación.

The remarks by high-ranking security officials indicate Costa Rica is ill-equipped to contain the flow of cocaine reaching its shores. While this is likely due in part to the Coast Guard’s limited resources, it could also be a byproduct of the recent boom in Colombian cocaine production.

It’s possible that 200,000 hectares of coca were sown in Colombia last year, a potentially unprecedented figure that would mean the country may be producing as much as 1,360 metric tons of cocaine each year. Much of that cocaine passes through the Central American isthmus either by land or by boat before reaching the United States. Costa Rican anti-drug officials say the influx has inundated the country with cocaine.

“In one night we can receive information of up to 10 boats that leave with drugs,” said Cinthya Alvarado, head of the Coast Guard’s intelligence division. “They can belong to distinct [criminal] organizations. It’s like dropping a plague.”

The growth in drug trafficking activities in Costa Rica has been linked to rising violence, and there are indications that foreign criminal organizations are deepening their presence in the country. At the same time, there are serious questions about the government’s proposals to deal with these evolving dynamics.

The apparent effects of Colombia’s cocaine surge are already being felt in other parts of Central America, such as Guatemala and El Salvador, where seizure figures rose considerably last year, as well as in the United States, where usage is up after many years on the decline. The increase in seizures in Guatemala and Costa Rica were concentrated along the Pacific coast, a natural landing spot for drug boats leaving from Colombia.