OIJ Arrest Eight In Fraud Against The State Telecom, ICE 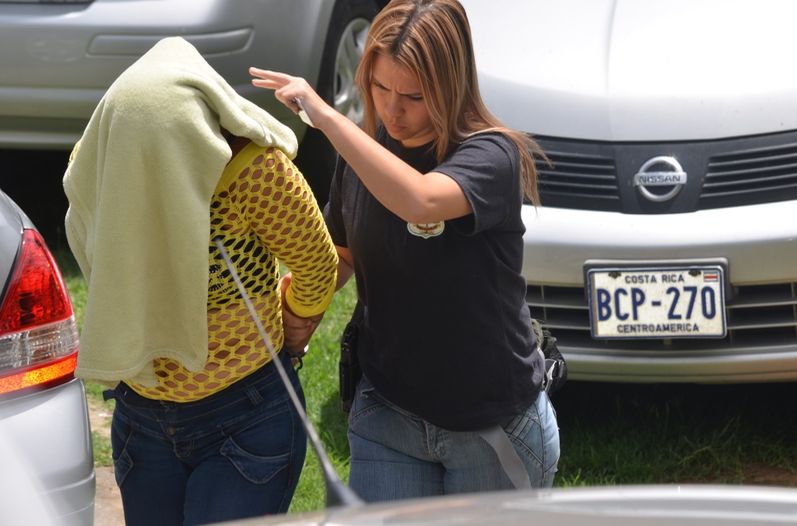 (QCOSTARICA) Eight people were arrested Wednesday by the Organismo de Investigación Judicial (OIJ) for  computer fraud  and conspiracy to the detriment of the state telecom, the Instituto Costarricense de Electricidad (ICE), of more than ¢105 million colones.

The arrested were a couple identified by their last names, Arrieta and Mendoza and six others, who worked with the couple.

The OIJ says it acted on a formal complaint filed by ICE, indicating that between March 2014 and April 2015, the couple claimed some 85.000 calls on its “900” pay-per-call service provided  by ICE, but in fact were never direct dialed calls, rather calls diverted cellular phones used by the group.

Unlike a normal call, part of the call charge is paid to the service provider, thus enabling businesses to be funded via the calls.  While the billing is different, calls are usually routed the same way as regular calls.

Adult chat lines (phone sex), as is in this case, are a very common use of premium-rate numbers. The business and not the telecom sets the minute rate charged to the user of the service (the caller).

Authorities explained that the couple were able to manipulate the ICE system in to charging them only ¢34 colones a minute – the regular charge for a call on a cellular line, yet ICE logged it in as “900” call and paying the couple their share of the gross sales, on the calls.

Juan De la Cruz, head of Protection and Institutional Security at ICE, said that the work was coordinated with judicial authorities “are a result of intense management to prevent and combat fraud undertaken by the company “.

- Advertisement -
Paying the bills
Previous articleICE Fined ¢2.157 Billion For Being “Monopolistic” and “Anti-Competitive”
Next articleSan Andreas Review: Not Even The Rock Can Against An Earthquake