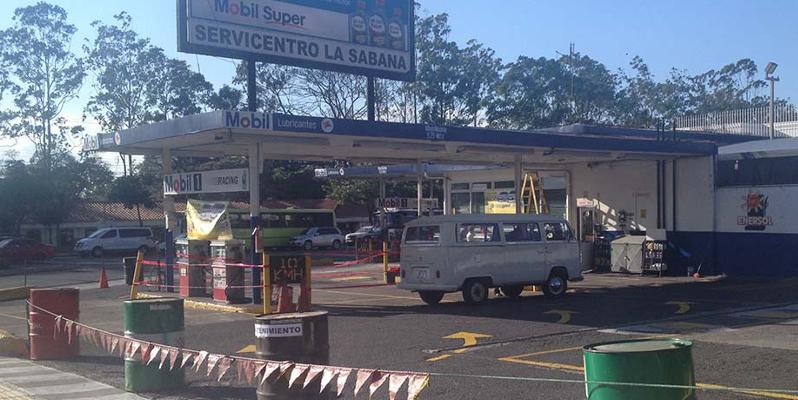 For decades the service station La Sabana stood at the corner of the Paseo Colon, across from the east side of the La Sabana park. There it still stands today, but, as of yesterday it can no longer dispense fuel.

On Friday, the Ministry of Environment and Energy (Minae) effected an order for the station’s closure due to the use of old storage tanks, explained the Dirección General de Transporte y Comercialización de Combustibles (DGTCC) of the Minae, Francisco Rojas.

The useful lifetime of a gasoline storage tanks is about 20 years, according to Minae standards. The La Sabana tanks were 39 years old.

Rojas said he had asked the company to submit a document of proof that the tanks had been changed, however, the company did not do so.

Now, pending the appeal filed by the company, the station is required to remove the tanks and store then in a safe place.

Rojas added that the state refinery and sole distributor of gasoline products in Costa Rica, Recope, has been put on notice not to deliver fuel to the station.

The Minae regularly instects the 348 service stations across the country, among the checks are the age of the tanks, to prevent leaks into the soil that leads to contamination of the environment.