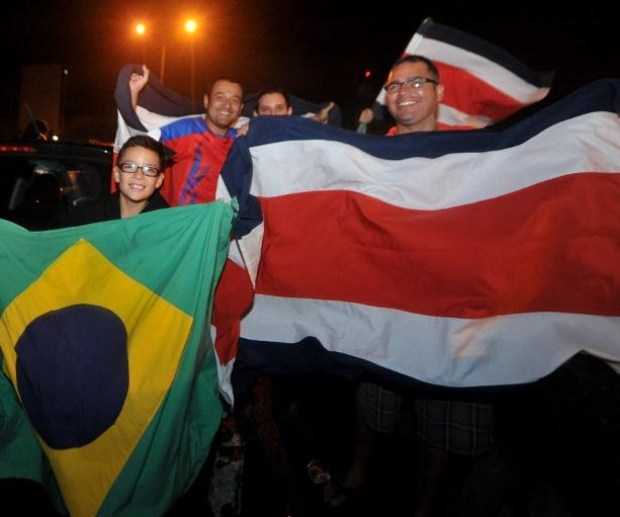 Narrowly missing out on a 2010 World Cup berth, Costa Rica’s national soccer team “La Sele” is headed for Brazil in the 2014 World Cup after a 1-1 draw against Jamaica last night, thanks to Mexico’s loss and Panama’s tie.

After last Friday night’s win against the United States, La Sele was on track for qualifying.

This will be the fourth time Costa Rica’s national team plays in the World Cup, the last in 2996 in Germany where they went winless in three games in the first round.

Greeting La Sele at the airport were more than a thousand fans  in what was termed “una mareja roja” (a red wave of fans wearing the red colours of the national team) who decided to meet the teams arrival at the Juan Santamaria airport at 2am.

In San José, the streets were filled with fans celebrating and horns honking well into the night.