Once Again, it is Time to Play “Name That Vacancy Rate” 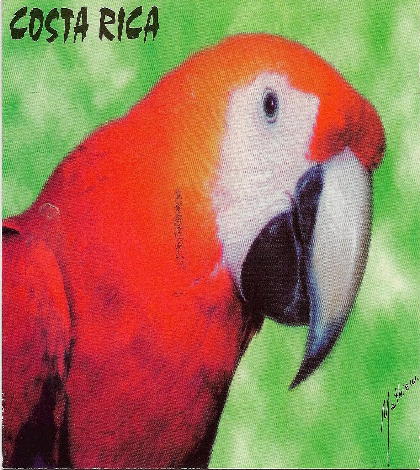 If ever any person ever wished to be in the tourism business, never believe the numbers. That might well be the only truthful statement made.

There is only one thing more devious than tourism numbers and that’s its kissing cousin; real estate.

Tourism looks good on paper, as does real estate. This is especially true if you factor in laundering dirty money for which Costa Rica has some fame for doing. It is easy if the laundering client can absorb a little hit on the profit, perhaps 10% maybe 15%.

The dirty money either buys the small hotel, yacht, bungee jump, etc.  Or rents out the rooms but never occupies them.  Ergo, the hotel is full up and that looks good to the tourism agencies but there are literally no hotel guests.

The launderer rents the rooms at $200 each and gets 90% or so back. In one location, it is reported that the phantom guests even purchase meals and drinks. After all, drinks have this high end profit margin so the dirty money, even with a 10% – 15% haircut, can show a small profit.

On the legitimate side of tourism, the industry is in great shape if you want to believe the Costa Rican Chamber of Hotels (CCH). On the other hand Camera Costarricense de Hoteles, similar but not the same as the CCH expects only a less than 70% occupancy rate nationwide during this high season.

To confuse things further, right after Semana Santa and Spring Break, the ICT translated to Costa Rican Tourism Board will release its findings and they are always positive. After all, this is a government agency and needs to hustle for funding. (The true goal of any bureaucracy.)

To the land of Pura Vida come Mr. and Mrs. Jones who are intent on getting in on the action.

Second to owning a restaurant, being an hotelier is second on the list, especially a romantic B&B like those we see in Vermont with the change of season and the startling multi colored trees. But, in Costa Rica the only change of season is dry to wet and that’s about it. That translates to brown to green which is indeed spectacular.

The typical expat who goes into the tourist biz has “lust”, not “love” and knows little if anything about the country and its business climate.

In tourism, except for ancillary offerings, this is a nation limited to the big boys. The all inclusive resorts seem to do well (Who really knows?) and tourists seem to be safe as they emjoy select, guided tours, get to see rent-a-monkey from the hotel and eat appealing food fit for a king.

The little guy, or boutique offers truly personalized services and appreciates every customer. It is either that or perish.

Some hotels and B&Bs are so small and the boutiques that they cannot afford even security guards which are essential in Costa Rica. They might be a spa, but that does not mean they are making a profit.

“Yes,” all the ingredients are here but they never seem to mix well except for the major resorts players.

Perhaps the number one malfunction is the dollar to colon exchange rate.

Tourism earns its money in U.S. dollars but pays its bills in highly inflated Costa Rica colons. A loss no matter how you look at it. Ergo, the rates for hotels, meals, etc. need to also appreciate in order for the providers to find a profit, or in the case of the last two years: breakeven.

The choice of the new found tourism entrepreneur is fight the tide or sell out to laundering drug money. Not “good” no matter how you look at it.