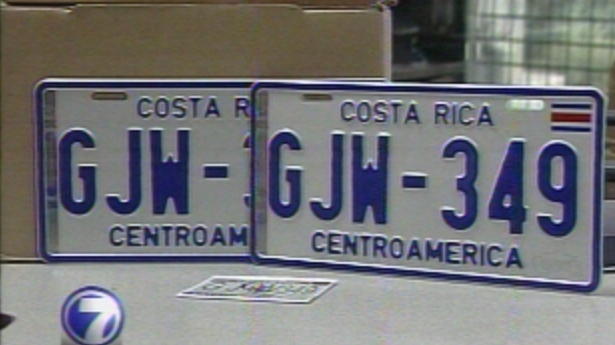 The Dirección de Servicios del Registro Nacional announced that the planned license plate changeover will start by the middle of the year. The plan is to replace some 1.7 million license plates within the next three years.

The new license plates have been popping up on vehicles for months, mainly for new vehicle registrations.

At the moment a vehicle owner can request the new and more secure license plates. The new plates have a vertical security bar on the metal plate and a sticker that is to be placed inside the front windshield, making difficult to counterfeit.

While license plates for new vehicles have a three letter (no vowel) and three number combination, the replacement plates will be with the original registration.

At the moment, any vehicle owner can request of one the new plates. Starting in a few months, however, the changeover will be compulsory for all older style license plates.

- Advertisement -
Paying the bills
Previous articleAll The Way To The Vatican To Give An Invite?
Next articleOnce Again, it is Time to Play “Name That Vacancy Rate”