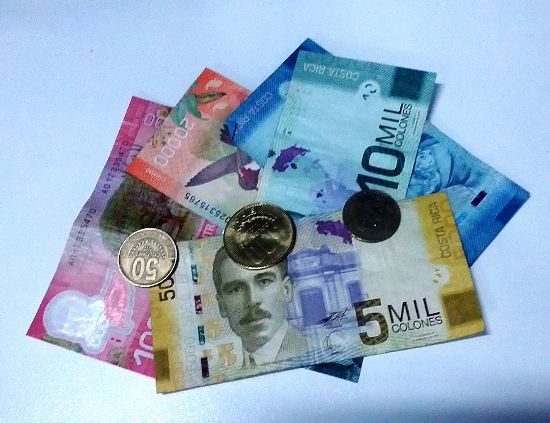 COSTA RICA (OP-ED) — Tis the season to be jolly,” or sad. Usually to celebrate but too often a time to commit suicide. In Costa Rica this all starts right after September 15, which is the day of independence. (Not from Florida, nor the U.S. but rather Spain. It only seems as if Miami governs this little country of green.)

With poor, and without the blink of an eye we have since September, realized an increase in prices, the sale of last years stale candy (Halloween soon to be Xmas), the increase in cranberries and the $40/lb turkeys stripped of their labels but yet called “Fresh” anyway. (They are supposed to be special, even to the poor who need to begrudgingly settle for pork or chicken on December 24th maybe even the 25th.)

The poor and not so poor have so many events to attend, but no laptop, iPhone, Hummer, trip to RIU (All inclusive) Hotel for a week, a tablet, even a boob job for mom or daughter.

“No”, poverty “sucks” and that is 20%, that we know about, live here without clean water, electricity and to eat much more than rice and beans as a daily meal including Christmas.

Ah! But it is Christmas time and if you have a job, which 9% of workers do not have, there is the “aquinaldo”. (The 13Th month salary as bonus for surviving that long ass year. The original idea was to provide all workers at least some form of merry holidays or a thirteenth month bonus,) But those many smart companies easily get around this regulation by putting “employees” on contract; so no bonus, no over time and no vacation days are ever paid out. (Who could these Grinches in hiding?)

Some companies have left Costa Rica for greener (More profitable) pastures and higher profits. How can one argue with the disparity of costs-of-doing business in Vietnam with the land of Pura Vida where a can of US $0.33 kitty transforms into $1.40 each? Will they ever return? The answer: Not likely.

However, where in the world would the masses be able to see, free of charge, a Coca Cola Christmas tree, a 2 hour parade of lights which is gets better and better ever year, songs, dances in the park, even on the beaches and wishes of “good cheer” by about everyone except the thousand of thieves (Including police) who are in it for the money; good money at that. As well as those who cannot afford the year-end car taxes, the health insurance for December, and the crummy parking tickets because in a few days…it is jail time.

While the idea and concepts are worthy, there are hundreds, perhaps thousands of attempts to rob those hard earned bonuses, the watch, the iPhone and…the wallet. It is life, and when hungry, life is cheap: it is stealing time!

More crime is committed during this upcoming season of peace than any time of year. In spirit, price always, but always invites theft from a jar of peanut butter to a big turkey.

The Grinch is hiding, but believe me he is but a few steps behind you for the next three months.