Capture of Guatemala Trafficker May Have Officials Trembling

CENTRAL AMERICA NEWS (Insight Crime) — A little known, but powerful drug trafficker from Guatemala thought to be connected to the highest levels of the country’s political establishment is in US custody, a fact that may have the political elite scrambling to cover its tracks.

Hayron Borrayo Lasmibat, alias “El Gordo,” was arrested in France on March 13, 2014, according to an arrest warrant obtained by InSight Crime. The suspect was then extradited to the United States, where he is being held in the Federal Detention Center of Miami, a document from the US Bureau of Prisons states. (The document spells Lasmibat’s name “Lasmibath” making it difficult to find him in the system.)

An indictment obtained by InSight Crime accuses Borrayo and an accomplice, Cesar Barrera, of moving illegal drugs through “Venezuela, Honduras, Guatemala, Mexico, and elsewhere” into the United States.

Borrayo’s lawyer of record, Peter Raben, declined to respond to InSight Crime’s inquiries about his client. The US Prosecutor for the case, Monique Botero, did not return phone or email messages about the suspect.

At his peak, Borrayo was arguably the largest drug trafficker and money launderer in Guatemala, connecting Colombian and Mexican criminal organizations at their natural midway meeting point.

His nickname, “Oso,” or “Bear,” is all over a financial ledger obtained by InSight Crime belonging to the Zetas, a Mexican criminal group that established a near-permanent presence in Guatemala beginning in 2007.

During one period in 2009, the ledger shows, the Zetas gave “Osito,” or “Little Bear,” over $60 million for cocaine. Guatemalan authorities told InSight Crime that the diminutive version of “Oso” used in the ledger refers to Borrayo.

But Borrayo also sold cocaine to other criminal groups, US and Guatemalan authorities told InSight Crime, including Zetas rival the Sinaloa Cartel, which also has a presence in Guatemala.

And Borrayo laundered millions, if not billions, of dollars in proceeds through numerous establishments in Guatemala and elsewhere, the US Treasury Department said when it labeled him and several others Specially Designated Narcotics Traffickers in 2012.

These businesses included Bingoton Millonario, a local lottery that used as part of its cover the Fundacion Pediatrica Guatemalteca, a longtime provider of psychological and health services to low-income children. 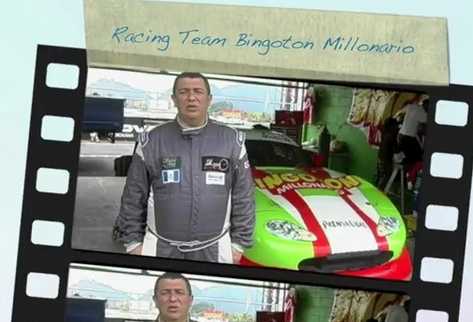 It’s unclear whether the Fundacion was aware of its benefactor’s activities, but Canal Antigua reported that in 2006, the head of the foundation denounced the lottery for suspected money laundering.

Borrayo was also fond of car racing, and allegedly used this as a cover for his money laundering activity as well.

Borrayo’s wife, Mirza Hernandez de Borrayo, represented Digital Systems Adviser SA, the administrator of the lottery. When confronted by elPeriodico about the accusations of money laundering in 2012, Hernandez de Borrayo told the news organization that she did not understand the US Treasury designation.

“To me, this is defamation,” she said.

At the top of the pyramid in the network Borrayo belonged to, the US Treasury placed Marllory Chacon Rossell. Chacon Rossell was quickly dubbed “the Queen of the South,” a designation shared by at least three others in the region. The Treasury said she laundered money through numerous businesses in Guatemala and Panama.

Chacon was also known to mingle with Guatemala’s upper crust, particularly the rising political and economic class. One investigator told InSight Crime she would frequent exclusive country clubs and sent her daughter to the French school.

Chacon also admitted in an interview with Prensa Libre in May of this year that she knew Vice President Roxana Baldetti. Both Chacon and Baldetti own beauty parlors, and Chacon told the news organization that the two had met “in one of those nail things,” before adding, “I have no relation to her.”

Accusations that the two have a relationship have chased Baldetti since she entered high office, but the presidency has denied them vehemently and even launched an offensive against elPeriodico’s Jose Ruben Zamora, the editor and journalist most responsible for promulgating the accusation. (Guatemala’s government did not immediately return a short InSight Crime questionnaire about the Borrayo arrest.)

Chacon Rossell may also be in US custody, but in the interview with Prensa Libre, she denied that she had been captured or had turned herself in to US authorities in the Bahamas, as had been previously reported. She said she was in France on vacation with her daughter. 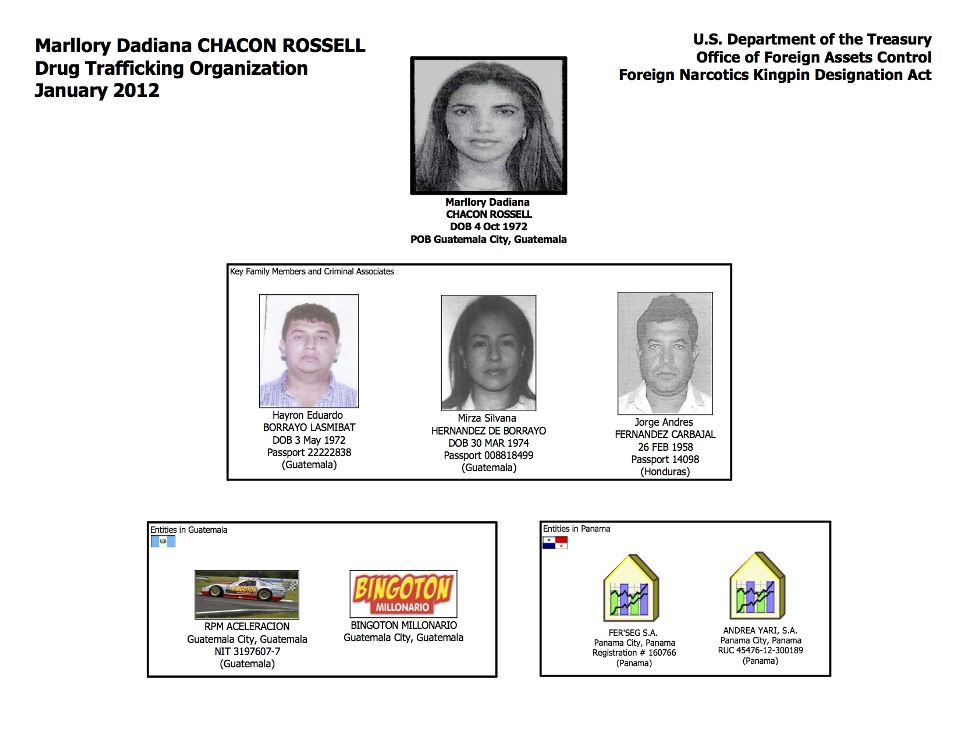 Authorities, however, dispute this account. Approached by Prensa Libre reporters after a public event, Guatemala’s President Otto Perez Molina said the information he had was that Chacon Rossell had turned herself over to US authorities in Miami, but that this had not been confirmed.

Chacon Rossell’s connection to France also raises questions about whether she had anything to do with Borrayo’s arrest. US authorities refused to comment on Borrayo, and Chacon Rossell does not appear in the US Bureau of Prisons’ registry.

Regardless of Chacon Rossell’s status, Borrayo may be the bigger catch. His underworld experience stretches back years and his ability to connect players from Colombia to Mexico and all points in between makes him an invaluable asset to US law enforcement seeking to build cases against potential extraditables throughout the region.

His presence in a US jail will also cause unrest amongst the Guatemalan political elite, given that his money laundering and drug trafficking network at the very least mingled with the Vice President at “one of those nail things.”