OPINION: Will Another Araya Bury The PLN? 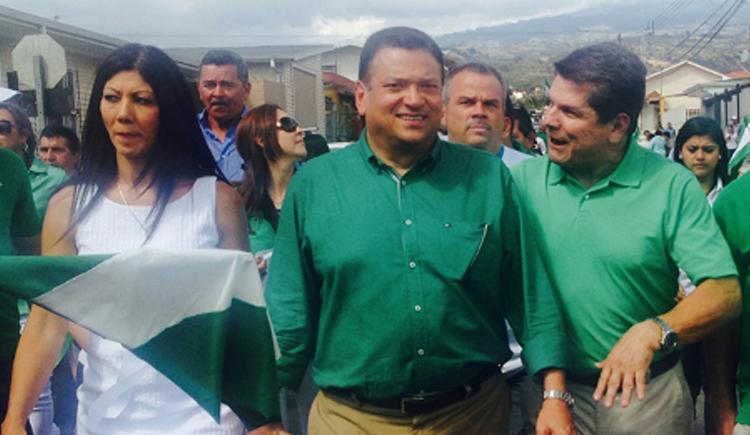 When in 2002 the breakdown of bi-partisonship began with the appearance of the Partido Accion Cuidadana (PAC), the Partido Liberacion Naional (PLN) candidate won the majority of the votes, but not enough to be elected, and for the first time in the history of Costa Rica the election went to a second round.

In 2002, the PAC forced the PLN and the Partido Unidad Social Cristiana (PUSC) to a second vote. The PLN’s Araya lost to the PUSC’s Abel Pacecho.

The loss sent the party on a downward spiral that could not seem to recover.

To stop the fall, the Costa Rica’s and the region’s political-entreprenuers needed to find a candidate who could win the elections in 2006, when at stake was the Free Trade Agreement -FTA (Tratado de Libre Comercio -TLC in Spanish) with the United States.

The regional group Mesoamerica Investment organized a meeting in Guatemala that was attended not only by business and poltiical leaders in Costa Rica, but througouth Central America and Europe. A well foreign entrepreneurs interested in business possibilities with the treaty joined the meeting.

The group decided that former president Oscar Arias was their man to reverse the decline of the PLN party and get the TLC passed.

With the complicity of the judiciary, a second attempt produced the “bazucazo” and the country’s Constitutional Court repealed the constitutional ban on re-election, clearing the way for Don Oscar.

In 2006, led by Otton Solis (no relation to the current PAC leader Luis Guillermo Solis), the PAC almost won the election. The former president and Nobel Prize winner won by only 19.000 votes or about 1.25% over the required 40%.

President Arias was true to his donors, choosing his successor, Laura Chinchilla, to continue his path in allowing  open pit mining,  privatization of ICE and many other niceties.

Fast forwarding four years, today the PLN has another Araya, who not only was not able to obtain the required votes to be declared a winner, but is second to the PAC’s candidate that holds a slight margin.

Also, in this round of voting, it is not a squaring off of the two traditional parties that have ruled Costa Rica for decades, but rather the PAC is the main contender.

Experts say that Araya’s failure to win are directly tied to his character of spending and leaving projects bankrupt as he did as mayor of San José.

In January, Araya came out of the Christmas lull in the election with a new team of political strategists, pulling out all the stops after polls indicated his drop in popularity, almost half before the start of the election. Also, Araya is said to have blown his budget, left with no money for the second round, feeding into the rejection by voters – taxpayers – who know well that contributors to political parties don’t do so for love of country.

The Araya strategy also included ruthless attacks against the other candidates, especially against one candidate, with a fear campaign that saw the candidate’s party rise from one to nine in election of the Legislative Assembly.

Analysts are quick to point out that Araya not only lost first place and given the popularity of his opponent, may lose miserably in the second round.

The obvious question is: will history repeat itself, with another Araya placing the PLN once again in intensive care? Moreso, if that happens, the second question is: who will be the person to rescue the party, if possible?

- Advertisement -
Paying the bills
Previous articleCosta Rica’s Political Parties Use Colour To Get Our Vote?
Next article“Alato” & “Aloto”