Opportunities for Supermarkets in Costa Rica

Small and medium sized supermarket chains are expanding in the greater metropolitan area. 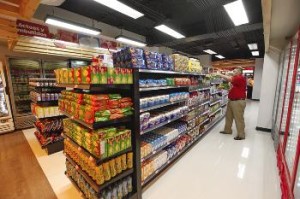 One example is Super Mora, a mini chain of supermarkets from Puriscal which in 2014 will be expanding into Santa Ana, where there are plans to invest $3.7 million in the construction of a 7000 m² square which will include a main supermarket, commercial stores and parking areas. Super Mora is known to be competing with Auto Mercado, which recently opened a 2,600 m² store in Escazu.

Other shops of this type which are also growing are ASUN, Uscosa, Luperon, Coopeagri, and the convenience stores Deli Mart and Quickstop. “It’s an industry that is just beginning to unfold, there is still enough room for new competitors,” said Flavia Loeb, responsible for publicity and marketing at Deli Mart.

“Data from the research firm Euromonitor International reveals that, in 2012, supermarkets generated $1.5951 billion in sales and convenience stores $78.7 million,” noted an article in Elfinancierocr.com.

Q REPORTS (Council on Foreign Affairs) Democracy is being destroyed in Nicaragua. This has been the long-term project of Daniel Ortega, the country’s dictator,...
Guatemala

Q24N - Arriving in the Guatemalan capital about two hours late, after the plane in which she was traveling had to turn around due...
News