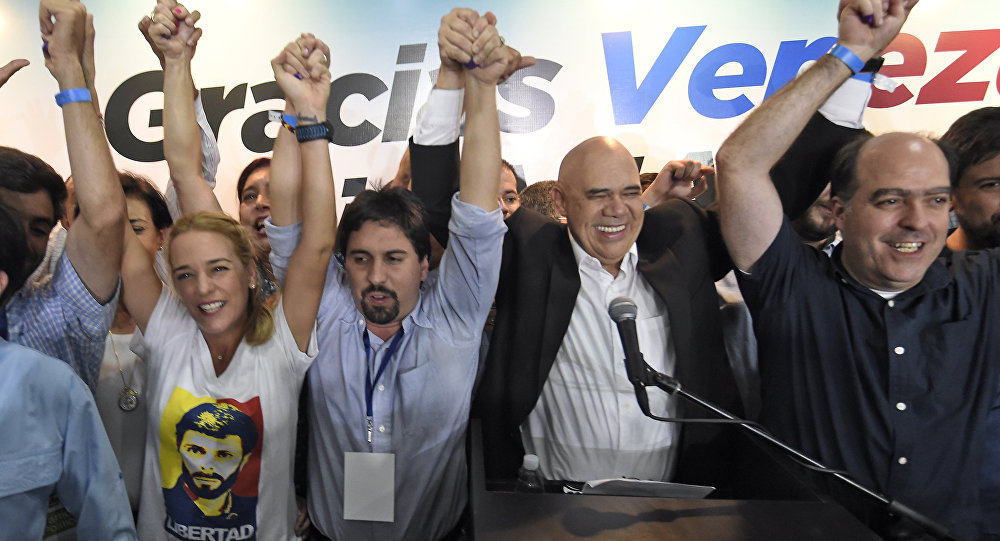 enezuela’s opposition will present a nationwide front to protect people’s rights, its negotiator Julio Borges said Thursday after talks with the government collapsed.

“We are beginning a series of meetings with political parties and opposition sectors to create a big national front representing the Venezuelan society, which stands firmly on its rights,” he said in a statement cited by the Democratic Unity Roundtable party.

Borges, an opposition leader, said he would embark on a trip to several countries to raise awareness of the political and social crisis in Venezuela ahead of the presidential election.

After Venezuela’s decision on snap presidential polls, Peru announced it would convene a meeting of the Lima Group of Latin American nations to assess the situation in Venezuela.

“Given the decision of Venezuelan electoral authorities to call a snap election for April 22, which does not warrant a fair, free, transparent and democratic process, the Peruvian government has invited Lima Group member countries to meet this Tuesday, February 13, in the Peruvian capital, to evaluate measures to respond to the Venezuelan political situation,” it said.

QCOSTARICA - What will happen to the expansion of...
Expat Focus