Orphans To Receive Pension Until 25 Even If Working 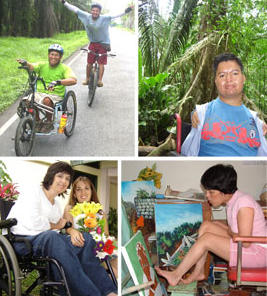 Some 7.000 orphans in Costa Rica will take benefit to a recent Constitutional Court ruling that allows them to receive the state pension for disability, old age and death (IVM) until 25 years of age even if they are working, but as long as they can show they continue to study.

The Court ruling came following a decision by the administrators of the IVM to set the cut off orphans over the age of 18 if they started working.

María del Rocío Reyes, filed an appeal with the Constitutional Court when the Caja Costarricense de Seguro Social (CCSS)  stopped payment to her daughter who was working part-time at the Poder Judicial (Judiciary).

Gustavo Cuadra, director of the Subárea de Pago y Control de la Gerencia de Pensiones, said the change will “bring a blow” to the finances of the IVM program.

Caudra confirmed that all 82 branches of the Caja have been ordered to comply withe Court ruling.

According to estimates by Cuadra, Costa Rica has some 45.000 orphans of all ages and different conditions (such as disability or who are over 55 years of age), but about 7.000 who are between 18 and 25 years of age and continuing with their studies.

Régimen de Invalidez, Vejez y Muerte (IVM)
The Régimen de Invalidez, Vejez y Muerte (IVM) was created in 1947 to include only workers of autonomous government institutions, later including the private sector as well. In 1971 the IVM included coverage of all sectors and wages and in 1975 it added agricultural workers who did not contribute to the Fund, this in order to give protection to those with low economic resources.