Ortega Says Planned US Sanctions Will Bring Poverty To Nicaragua 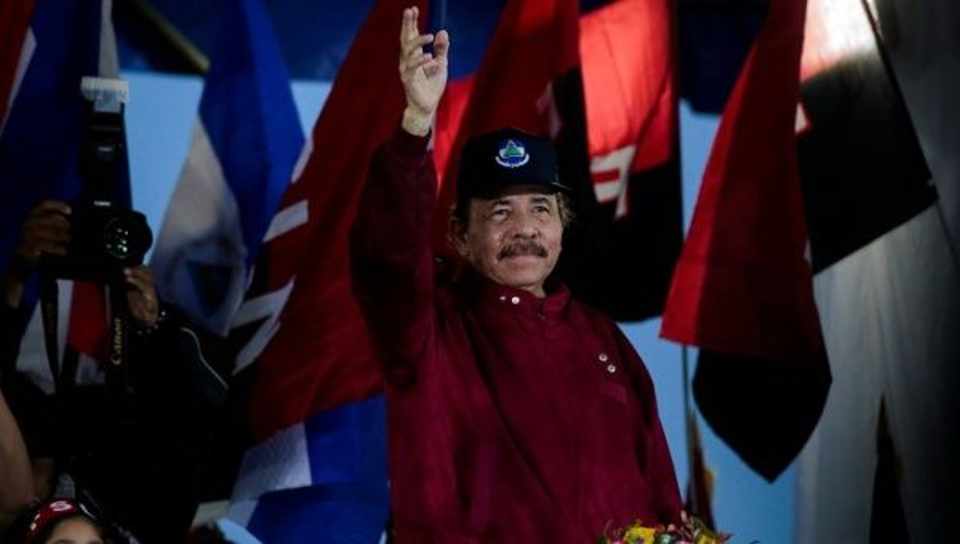 President Daniel Ortega criticized Saturday the draft sanctions that the United States Congress is discussing against his government saying such actions would bring poverty and economic troubles to his Nicaragua.

“I say to the U.S. congresspeople (sic) and senators who are voting in favor of this interventionist law that what they are coming to is simply to harm the country’s economy,” the president said in a massive rally he led on Saturday along with his wife and the country’s Vice President Rosario Murillo.

Addressing thousands of people who marched in Managua in favor of peace, despite the heavy rain, Ortega criticized the Nicaragua Investment Conditionality Act (Nica Act), a project that proposes to condition international loans to Nicaragua.

“They (Americans) think that with it (Nica Act) the Nicaraguan people are going to get down on their knees, and they do not realize that these are people that do not sell our or surrender,” Ortega proclaimed amid chants.

He went on to criticize the United Nations (UN) for its lack of action in favor of real issues affecting the world and instead at times acting inline of the foreign policy of certain nations against others.

“The Organization is called the United Nations but it is far from being the United Nations,” he cried out among the thousands who braved a rainstorm, adding that this is because there is a “division in the planet” where on one side “wealth is concentrated in the hands of a few and on the other (there is) poverty and misery”.

Ortega, who took to the stage waving to the big great crowd continuing his attack against voracity of wealth, which leads to the policies of expansionism, colonialism and domination.

“That has been the practice throughout history, of the oldest empires, always seeking to dominate more people to have greater wealth under their control and have the military strength and economic strength to confront other empires,” he said and lamented that this situation continues despite the creation of the United Nations decades ago.

- Advertisement -
Paying the bills
Previous article“Deal Reached”, But Strike Continues
Next articleTime For Plan B. Is There A Plan B?