Oscar Arias: Will He Or Won’t He? 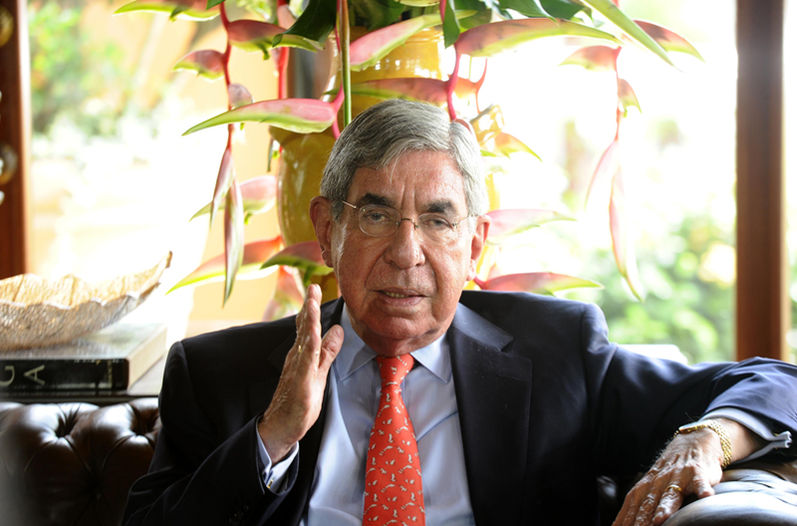 Sources close to the Q say that Arias has in recent weeks held intensive meetings with various community and business leaders, the influential within his party, the Partido Liberacion Nacional (PLN), former ministers of his past administrations and former personal staff.

According to the sources the decision could come in the next week.

Arias has never stopped politicking. Using his personal sphere of influence and network of sponsored (paid) posts on the social media, he continues to promote his image. In recent months the frequency has increased.

If he decides to run, Arias will face former President of Costa Rica, Jose Maria Figueres Olsen, who last month announced his decision to seek the PLN party presidential nomination.

The Figueres decision certainly has put Arias under pressure.

Arias has said repeatedly that his decision does not depend on Figueres.

But, since the Figueres announcement to step down as party president and seek the nomination, Arias has strongly criticized Figueres.

Beware of the Ides of May!

RICO's DIGEST - The original warning was: "Beware of the Ides...
Read more