“Our very own Christopher Howard, a retirement pioneer” Featured on USA Today 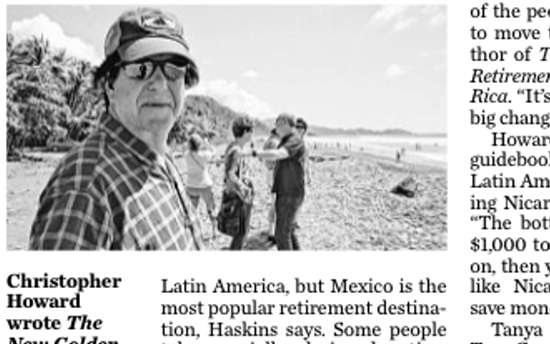 Christopher has been a contributor to QCostarica.com from its beginnings almost two years ago, with articles images on Costa Rica living and retirement. Click here for an archive of Howard’s articles. 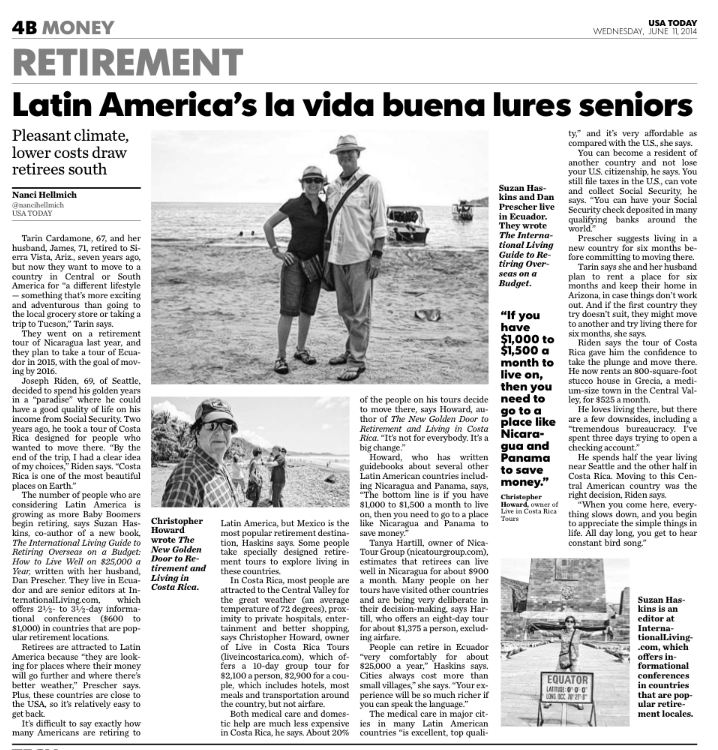 Christopher Howard originally moved to Costa Rica at the beginning of the 1980s when the country was like the wild, wild west and bared  little resemblance to what it is today. For almost 30 years Howard has helped thousands of people of all ages make he move successfully with his guidebooks and tours.

It all stated at the end of the 1980s when Howard got the idea to write a book about living here after he read a half-page  ad for retiring in Mexico in a magazine. Thus, the first  editions of the “New Golden Door to Retirement and Living in Costa Rica” was born. Seventeen editions later this  guidebook is  still thriving and evolved to over 700 pages. Christopher’s popular “Official Guide to Costa Rica Spanish” has helped many an expat work his or her way though the country’s linguistic maze.

Due to a multitude of requests from his readers, in 1997 Christopher founded Live in Costa Rica Tours. Since then his tours have been featured on the NBC Today Show, CNBC World Business News, Fox News and most recently USA Today.

Christopher is a true Hispanophile (lover of the Hispanic culture) and his passion for his work and enthusiasm reflect it. Since 2000 he has been a Costa Rican citizen.

I am truly honoured to know Christopher and to call him a friend.

- Advertisement -
Paying the bills
Previous articleChanges in Cellular Internet Data May Be As Early As August: Sutel
Next articleChicken Price Goes Up Due To Increases in Production Costs