10 Easy Steps To Becoming a Hater in Costa Rica 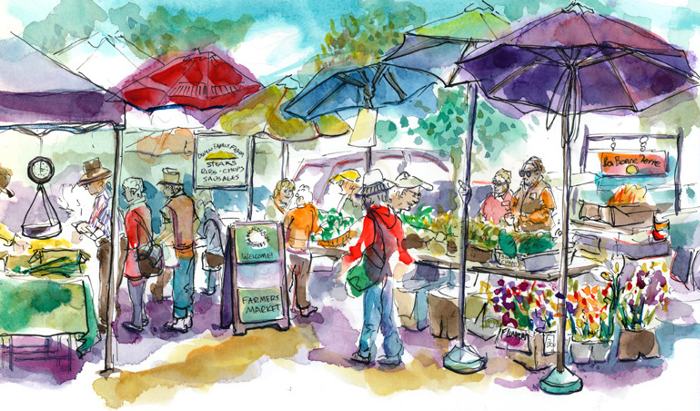 The rise of Internet communication, the advent of online social networking and globalization have given us a new breed of irrational beings: Haters.

This sociological phenomenon is quickly spreading throughout Costa Rica, and it belies the country’s top ranking on indices of world happiness and life satisfaction. Hater behavior is mostly observed in sports commentary, although it transcends to just about all topics of discussion.

The proliferation of haters in Costa Rica has been so prodigious that many people believe it is becoming fashionable and it deserves further scrutiny. Suany Mendez, a Tico blogger who writes his views and opinions on “Transcribiendo el Tiempo” (Transcribing Time), recently published a manual for would-be haters in Costa Rica.

This manual has been an item of interest in social media circles in Costa Rica, and thus we thought it would be useful for the English-speaking community to learn about it. The original manual has 12 steps, which the Q Costa Rica has condensed into 10 steps to set it aside from 12-step programs that in the future may be needed to overcome hater behavior.

In addition to learning how to be a hater, we will take a look at applied hateonomics in the sports news and commentary world, particularly in the case of star football striker Alvaro Saborio, member of Costa Rica’s National Team and of the Real Salt Lake of Major League Soccer (MLS) in the United States.

Before we begin, it is important to define the term hater. Here we defer to Urban Dictionary, an online crowdsourced authority on the slang vernacular: 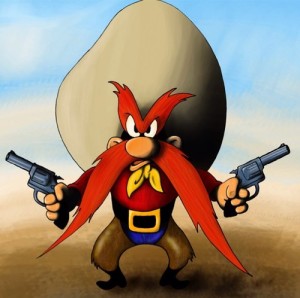 A person that simply cannot be happy for another person’s success. So rather than be happy they make a point of exposing a flaw in that person.

Hating, the result of being a hater, is not exactly jealousy. The hater doesn’t really want to be the person he or she hates, rather the hater wants to knock someone else down a notch.

Susan: You know, Kevin from accounting is doing very well. He just bought a house in a very nice part of town.

Jane (hater): If he is doing so well why does he drive that ’89 Taurus?

This blog post is better enjoyed while sipping a nice cup of Haterade and remembering the immortal words of philosopher Rene Deshaters of the school of rationalism: “I hate, therefore I am.”

How to be a Hater in Costa Rica

Alvaro Saborio: A Favorite Target for Haters in Costa Rica

Hater behavior in the sports media has reached critical mass, and in Costa Rica that means criticizing striker Alvaro Saborio, who wears the number 9 jersey in our National Football Team and number 15 in the Real Salt Lake (RSL) of the MLS. Haters had a field day shortly with Alvaro Saborio after Costa Rica failed to take the lead in the FIFA Gold Cup tournament earlier this year.

To understand how hateonomics work, let us first consider some facts about Alvaro Saborio. Here we defer to MLSsoccer.com:

“Saborio had the best season of his three-year RSL career in 2012, lighting up the league to the tune of 17 goals, five multi-goal games and three assists in 31 appearances. Super “Sabo” led RSL in scoring…”

Mr. Saborio played five years for Deportivo Saprissa before he embarked in his successful international career. Since 2002, he has appeared in more than 70 games representing the National Football Team of Costa Rica, and he has scored 30 goals in international matches. He is probably one of the best strikers in MLS history, and he has certainly contributed to the image of Costa Rica as an emerging football nation.

Although he is a top-caliber striker, Mr. Saborio’s performances playing for Costa Rica in the 2011 and 2013 Gold Cup have been the low points of his career. He has missed crucial penalty kicks and seemingly easy (at least to harters) goals. His performance in the RSL is certainly superior to what he has accomplished for the National Team; it just so happens that whenever Mr. Saborio has a rough patch playing for Costa Rica, he returns to Utah and turns in a stellar performance with the RSL. Case in point: His less-than-ideal recent Gold Cup appearances were followed by his third “hat-trick” (three successive goals in match, and not from penalty kicks) with RSL.

For haters in Costa Rica, Mr. Saborio’s performance in the last Gold Cup was the drop that made the “cup runneth over.” He was vilified by the sports press and the haters piled it on. Haters tend to have dubious solutions for all problems, and for the upcoming FIFA World Cup qualifying match between Costa Rica and the United States, they want Mr. Saborio benched. Never mind that the U.S. National Team is comprised of many MLS players that Mr. Saborio is familiar with; the haters want him benched for fear that he might miss goals again.

Writing for La Nacion, sports columnist David Goldberg (who is definitely not a hater) explained that Mr. Saborio’s sporadic flawed performances in the past can be attributed to undue pressure from haters:

“It’s just that ‘Sabonaldo’ (a portmanteau of Saborio and Ronaldo) tries very hard to do things right, and he ends up messing up to the point of desperation. Obviously, he is not missing goals or penalty kicks on purpose.

And then he wants to make up for his mistakes doing more than what he is used to, such as putting rough pressure on the defense more than necessary and accumulating fouls.”

A point of interest in the hater diatribe is that haters conveniently leave out interesting facts about their targets. In the case of Mr. Saborio, did you know that this man, who is from Ciudad Quesada near San Carlos, speaks four languages? That’s right, in addition to Spanish he speaks English, French and Portuguese. He was also married to a former Miss Costa Rica, and the RSL is prepared to offer him lucrative contract extensions in order to fend off offers from top teams in Europe. These facts, however, are of no use to haters.

Would it be safe to assume that the nefarious work of haters affects Mr. Saborio’s performance? It is very possible. In this case, one can only hope that he learns from world-class athletes who are often targeted by haters; Case in point: Chris Bosh, a star center who plays for the Miami Heat of the National Basketball Association (NBA). On #TwitterRevolution, a recent CNBC documentary that touched on the subject of haters on Twitter, Chris Bosh stated that he is aware of the massive army of haters who target him, but he pays them no mind.

Mr. Saborio must do as Mr. Bosh, particularly in preparation for the upcoming September 6th game against the U.S., which has been categorized as a revenge match after Costa Rica’s loss in the infamous snow match in Colorado earlier this year.

Today, Tuesday, June 15, vehicles with plates ending 3 & 4 CANNOT circulate The measure is countrywide and applied between 5:00 am and 9:00 pm,...
Coronavirus

(DW) Jon works for the local government in the US state of Virginia. The 40-year-old received both his COVID shots in April. Most of...
Infrastructure

Today, Wednesday, June 16, vehicles with plates ending 5 & 6 CANNOT circulate The measure is countrywide and applied between 5:00 am and 9:00 pm,...
Business