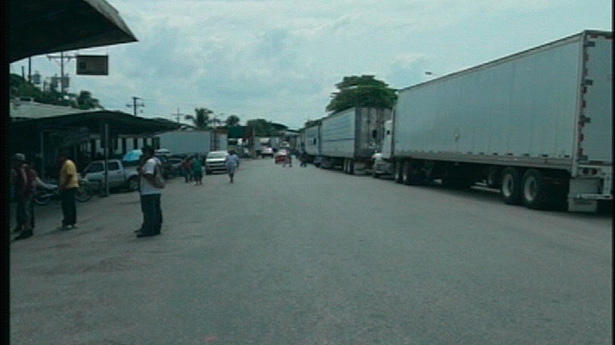 Representatives of Costa Rica and Panama will meet today (Wednesday) to seek a solution to the conflict of truck drivers in the border at Paso Canoas.

The protest by 800 Costa Rican truck drivers got stronger Tuesday, with the support of some colleagues from the bordering region, said the Costa Rican Transport Workers Chamber here Tuesday.

Marjorie Lizano, president of the entity, said its affiliates did not block the highways, but the trucks are parked at the side of them, and assured that other Central American truck drivers blocked the border since Monday early morning.

Lizano said there are things going on affecting transport workers for a very long time, and they had decided to stay there until some measures to solve the situation are definitely taken.

Drivers refuse to enter in Panamanian national territory, while dozens of private vehicles and buses, were trapped in an extension of more than four miles.

The total blocking of the border started at 11:00 am after an incident with two Salvadoran drivers entering Costa Rican territory, and ended at 5:00 pm.

Truck drivers started their protest last Thursday because what they considered mistreatment by the authorities of the National Border Service of Panama, which members make the migratory steps, let them enter and then arrest them to question them.

Since Thursday, the Costa Rican government made contact with the Panamanian authorities and they expect to call for a meeting next week.