The FIFA media department to La Nacion on Tuesday that it was the decision by the Federación Costarricense de Futbol (Fedefutbol) to resign the Under-17 Women’s World 2014 and not the FIFA to take away the games from Costa Rica. 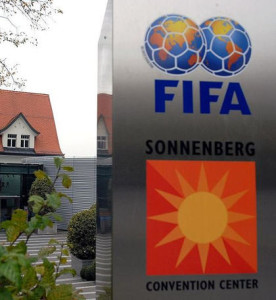 FIFA added that the decision had been made six days before the official announcement on February 28.

The Fédération Internationale de Football Association (FIFA) – English: International Federation of Association Football – says it received a letter on February 22, in which Costa Rica accepted it could not cope with the commitment of hosting the games.

Last week, Fedefutbol president, Eduardo Li, said the international organization had pulled the plug on Costa Rica as a host, explaining that the was responding to an ultimatium imposed on him, which he assures was ahead of the original deadline of March.

“It was on February 11 when the deputy general secretary of FIFA (Markus Kattner) sent me a deadline for the 22nd. Based on that I just said I could not commit myself, because I still had no money and could not guarantee the construction of the works for December”, Li told La Nacion.

The FIFA media department has been keeping a close eye on the news stories coming out of Costa Rica and as such made the statement to the Spanish language daily, in an effort to clear up any misunderstandings.

“What I said was that if the deadline was at that time (February 22) I had to say ‘I withdraw, because I have no money’, said Li, to emphasise transparency.

“I made it clear that we could not meet the dates, as we were scheduled a visit from them in march. I did not know officially until the 28th, when that morning I got a call”, said Li.

FIFA, by way of its Media department, says it never pressured the Fedefutbol; yes, warnings about the delays were repeated and that it was extremely difficult to see compliance with the construction deadlines.

Li told La Nacion, that he had/has not intention with fight with the FIFA, reiterating he only refused to give a guarantee.

FIFA is the international governing body of association football, futsal and beach soccer. Its membership comprises 209 national associations. Its headquarters are in Zurich, Switzerland, and its president is Sepp Blatter. FIFA is responsible for the organisation of football’s major international tournaments, notably the World Cup.

QCOSTARICA - Costa Rica will extend the restrictions of its land borders until April 1, confirmed Casa Presidencial (Government House) on Thursday. As in the...
Politics

QCOSTARICA - Panasonic announced that it will invest US$10 million dollars in the expansion of its plant in Costa Rica, in order to move...
Health

QCOSTARICA - Though the number of new cases daily of covid-19 has been "stable" this past week, the contagion or R rate rose to...
World

Q REPORTS - The former leader of the Soviet Union and 1990 Nobel Peace Prize winner, Mikhail Gorbachev, who has been self-isolating to protect...
Political Economy

QCOSTARICA - Borrowing its way out of the current financial crisis seems to be objective for the Carlos Alvarado government. Obtaining about US$2.5 billion this...
Rico's Digest

RICO's DIGET - As we begin the month of March, I can't help but think back on what we have been through over the...