The stabilization or freezing of fuel prices is a measure for which carriers have been pressing through protests. 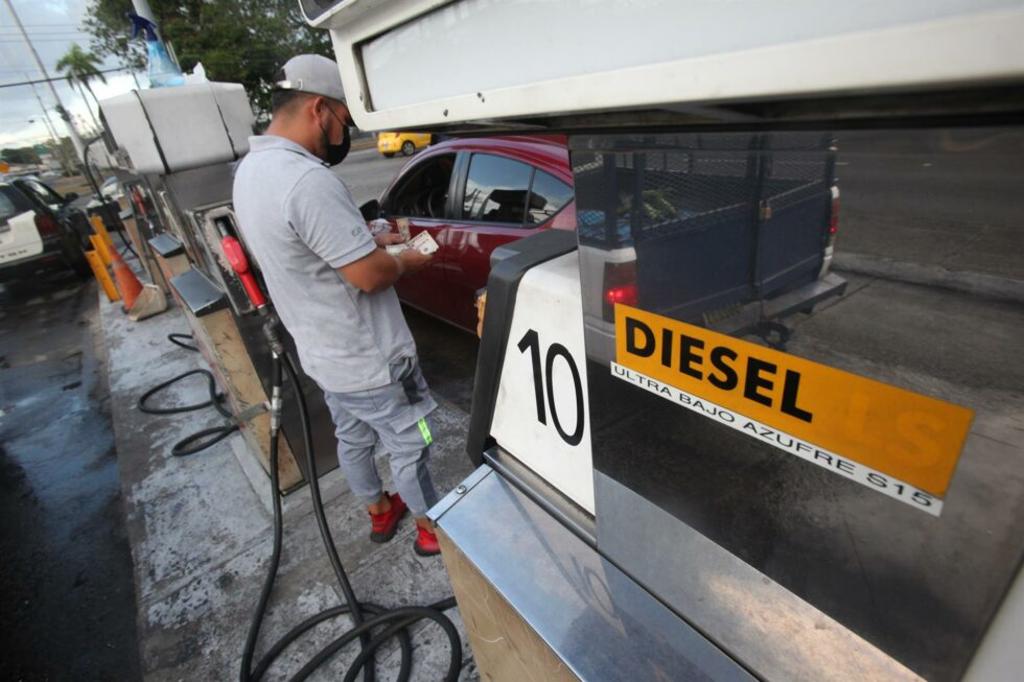 Q24N (EFE) The Government of Panama approved Friday, May 27, the stabilization or freezing of the price of a gallon of fuel for the transport sector at US$3.95, a measure that will be in force for three months starting June 3.

The measure approved by decree, which aims to alleviate the socio-economic impact caused by the increases in fuel prices, ensures a “solidarity price” for public land passenger transport, and establishes a fuel voucher or bonus for the commercial land fleet and registered rolling agricultural machinery.

The decree, issued by the Ministry of Government, sets the price of 91 and 95 octane gasoline and low sulfur diesel for public passenger transport (buses, taxis, school buses, tourism services, etc.) at US$3.95 per gallon (3.78 liters).

It also provides that from June 10, owners of cars with commercial registration, and registered rolling agricultural machinery, will receive a monthly digital bonus consumable in fuel as a “relief measure”, the amount of which will be established by the Traffic Authority and Ground Transportation (ATTT).

The fuel bonus expires in the month in which it is credited, it is “non-transferable, it is not negotiable and its balance is not cumulative for subsequent months,” said a statement from the Panamanian Presidency.

It also contemplates that when the maximum retail price exceeds the “solidarity price”, the State will assume the difference or grant a digital fuel voucher to the beneficiaries defined in the decree.

The measure is adopted considering that Panama is an importing country of petroleum products and subject to the “volatility of prices determined by international markets”, and will be for a “period of three months and charged to the General State Budget”.

Service stations will present the difference between the invoiced amount and the amount actually charged to the beneficiaries, as a credit to the fuel import-distribution companies for their fuel orders, which will present it for collection before the ATTT.

The Cabinet Council (Ministers) authorized the Ministry of Economy to execute the budgetary and financial actions necessary for the measure that represents a contribution from the State of up to 100 million dollars, “funds that will be transferred each month” to the ATTT.

The stabilization or freezing of the price of fuel is a measure for which carriers have been pressing through protests and blockades of public roads demanding its approval.

In Panama, gasoline and diesel, for the first time in almost a decade, are sold above one dollar per liter (US$3.78 a gallon), a situation attributed to the international situation resulting from the Russian invasion of Ukraine.

The plenary session of the National Assembly (Parliament), with an official majority, approved on April 28, in the third and last debate, bill 808 that creates the Trust for the compensation, reduction and stabilization of the increase in the price of products. derivatives of petroleum, desisting from the idea of ​​suspending the collection of the tax on fuel, an initiative rejected by the Executive.

The approved bill must be signed by the country’s president, Laurentino Cortizo, for it to come into effect.

- Advertisement -
Paying the bills
Previous articleRemittances show a year-on-year growth of 29.1% in Nicaragua
Next articleSultry morning and rainy afternoon on tap for today Monday

RICO's DIGEST. How many times, driving in the wee...
Front Page