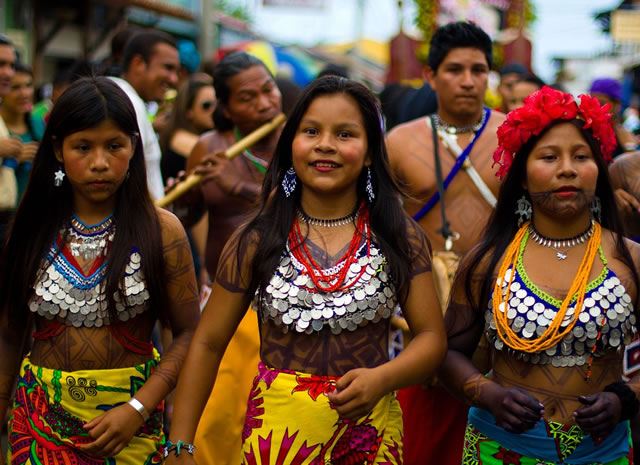 (TODAY PANAMA) A documentary by indigenous communities in Panama has cast light on the catastrophic effect of illegal logging and ranching on the country’s rainforest, in another example of the impact of criminal activity on rural communities and the environment.

The Wounaan indigenous people — who live in the Darien Gap jungle region that sits between Panama and Colombia — recently produced a documentary (see video below) on the illegal logging and cattle ranching afflicting their communities, reported Mongabay.

The illicit activities have caused deforestation and the contamination of their lands and rivers, and also led to the killing of tribal Chief Aquilo Puchicama by illegal loggers in 2012, though no one has yet been prosecuted for the crime.

“The weight of the world’s consumer obsessions are falling on their [the Wounaan’s] shoulders,” documentary co-director Ian Bell told Mongabay. According to Bell, the demand for drugs, precious wood and beef is spurring the destruction and destroying a culture that lives “some of the lowest impact lives imaginable.”

Meanwhile, in another sign of the impact of illegal activity in Central America’s forests, El Heraldo reported that in Honduras more than 5 million hectares of forest have been destroyed by drug traffickers for the construction of clandestine landing strips for drug flights.

As Central America has become an increasingly important transit point for drugs moving between South America and the United States, the subcontinent has experienced heightened environmental destruction, as a recent study revealed. As that report points out, forest is often cleared to make way for infrastructure such as landing strips or roads used to transport drugs, or otherwise used for activities such as ranching, which can be used as a way to launder drug money.

The illlegal wood trade is also a major factor in forest destruction, as seen in Nicaragua, where the plundering of precious granadillo wood is wreaking havoc on the region’s biggest forest reserve.

While no organized crime groups have been directly linked with the events in Panama, the documentary co-director’s direct reference to drugs as a motivation for the destruction suggests it is a factor. In Honduras, the role of drug traffickers is unquestionable, with the airstrips built on destroyed forest land receiving some of the estimated 75 percent of drug flights leaving South America that land in the country.

The Darien Gap is a dense stretch of rainforest too inhospitable for either transport infrastructure or a heavy state presence. As a result it has become an important transit point for drugs, with the 57th Front of the Revolutionary Armed Forces of Colombia (FARC) known to traffic drugs through the region, as well as possibly being involved in drug crop cultivation there.