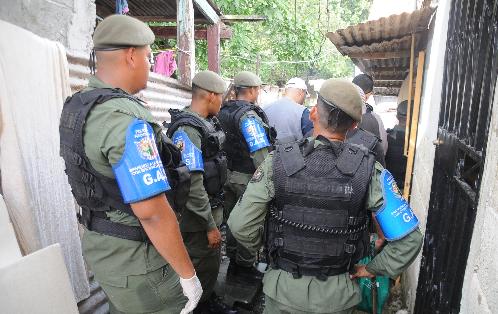 (TODAY PANAMA) Panama has seen a 19 percent drop in murders over the last five years despite its critical role in the international drug trade and a growing number of street gangs.

Over the same time period, authorities seized 210 tons of drugs, 41 tons of which were seized in 2013. The amount represents a 74 percent increase in seizures under the previous administration, which captured 121 tons in five years.

While the consistently falling murder rate in Panama since 2009 is a positive sign, the number of murders in 2013 is still more than double the number recorded in 2004, when the rate began to climb exponentially.

The overall rate remains well below murder hotspots such as Honduras and Guatemala, but gives Panama a national rate only slightly below that of Mexico.

The attribution of 90 percent of murders to organized crime seems so high it should be approached cautiously without details of the methodology used to calculate the figure, however it is clear that organized crime is the main driver of violence.

Transnational organized crime has staked out a significant presence in the country, which is one of the first stop off points for cocaine heading north from Colombia, and one of the region’s main money laundering hubs.

However, according to a 2012 report by the United Nations Office on Drugs and Crime (UNODC) (pdf), the main cause of violence is groups of local drug thieves known as “tumbadores.” Many murders result from territorial disputes between the estimated 40–50 tumbadores operations, but the majority are revenge killings carried out by drug traffickers when they discover who stole their shipments.

Another major security concern is street gangs, which have proliferated rapidly in recent years, rising from an 88 registered gangs in 2005 to 201 in 2013. However, these gangs have yet to reach the levels of violence and sophistication witnessed in gangs elsewhere in Central America, where the “maras” wreak havoc.