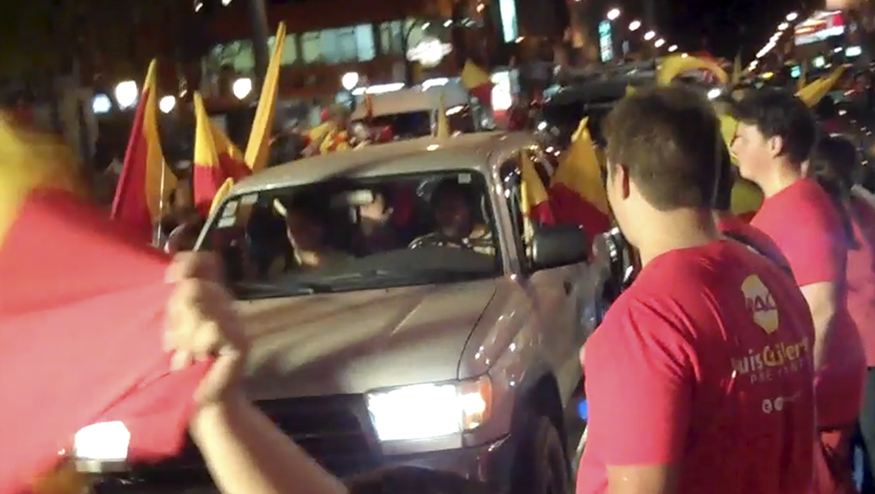 Partido Accion Cuidadana (PAC) supporters took to the streets Sunday night with blaring horns, whistles and flags in the capital city of San José, to celebrate the election of Luis Guillermo Solís as president.

“A change”. That was the common phrase that summarized what they expected from their candidate.

Avenida Segunda in the heart of San José was jam packed.

The Fuente de la Hispanidad (fountain in front of San Pedro mall) was another mass congregation point for PAC supporters.