Panama Sets up Trade Union Committee of Solidarity with Cuba 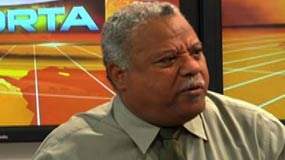 TODAY PANAMA NEWS (Prensa Latina) The National Confederation of Workers of Panama (CNTP) has established a Trade Union Committee of Solidarity with Cuba, a charter union from the movement existing in the country, says its general secretary, Elberto Luis Cobos.

During an assembly held in this capital, Cobo said that Panamanian union leaders who had graduated from the Lazaro Peña School in Havana will be part of the Committee, and Fernando Rangel, secretary of the International Relations department of CNTP, will be its coordinator.

During his opening speech, Cobo gave an overview of the history of Panamanian solidarity with the Cuban people and, conversely, everything that the people of the island have meant to them in terms of education, health and other human services.

The union leader called for the committee to fight against the U.S. blockade on Cuba, and strengthen the campaign for the release of Gerardo Hernandez, Ramon Labañino, and Antonio Guerrero, three Cubans who were part of the Cuban Five and who remain imprisoned in the United States, with Rene Gonzalez and Fernando Gonzalez having returned home.