TODAY PANAMA – There appears to be a lot of confusion , that affects expats living in Panama preferring and their ‘visitor’ status, as Panama cracks down on permanent tourists. 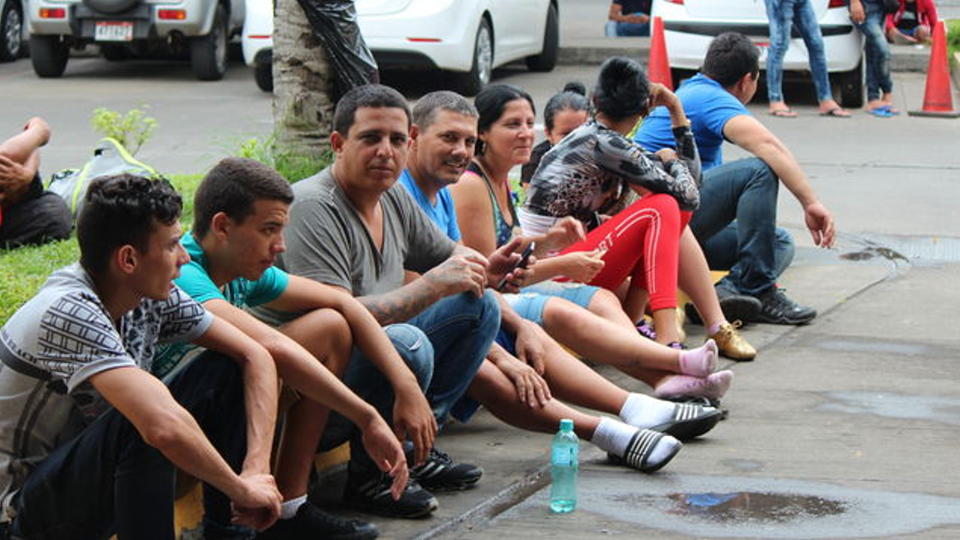 The new measure applies to foreigners residing in the country as tourists. Photo Telemetro

On March 6 2017, Panamanian authorities announced new guidance for Panamanian immigration officials, instructed to be stricter about the enforcement of the regulation that foreigners entering Panama with tourist status prove that they are in fact entering Panama as tourists and not residing in Panama.

Since the announcement, it has been unclear what the regulations are for expats leaving Panama, to Costa Rica, for example, for a day or two only to re-enter.

Prior to March 6, this was not a problem.

Now, expats have to be 30 days outside the country before they can re-enter. This basically stops expats from living in Panama as permanent tourists.

But does this guidance apply to all expats or just those who have been in the country for six months? Or five? Or less?

Ten days after the announcement of the stricter guidelines, there are still confusion. Worse, depending on whom you choose to believe.

For example, the Consular Section of the U.S. Embassy in Panama is of the opinion that the 30 day rule applies only to expats who have been in Panama for six months, leaving the country at then end of their six month stay.

An article in Telemetro.com, however, quotes the director of Immigration, Javier Carrillo, who told AFP that the 30 day rule applies only to expats “that have five or more months in the country as tourists, and leave only to re-enter.”

“The new measure applies to foreigners residing in the country as tourists, which when they have more than five months, must leave at least one month in Panama if they want to re-enter,” explained the official.

Based on the above, the 30 day rule does not apply to expats with a permanence in the country of not more than 4 months and 29 days.

“The difference now is that if they (foreigners) leave with six months (being in the country) they will not be allowed to re-enter because people should be regularized, no one can be a tourist permanently,” said Carrillo.

According to the official this measure will not affect a tourist who is in the country for a brief period of time in the country, leaves and then re-enters.

Carrillo ruled out that Panama’s migration policy is related to plans by U.S .President Donald Trump to limit the arrival of migrants to that country through Central America.

Legal Residents
Important to note here that the new guidelines do not affect foreigners (Americans and Canadians, for example) with legal Panamanian residency status or in the process of obtaining their residency in the country. A foreigner with legal residence in Panama does not need to show proof of exit from Panama or required to stay outside the country x number of days before being allowed to re-enter.

Should you have further questions, please reach out to the Servicio Nacional de Migración de Panamá (Panama’s immigration service) directly via phone at 507 1800 or visit: http://www.migracion.gob.pa

Countries voted the best for expats in 2021

EURONEWS - After a year of lockdowns, many people are looking...
Read more

This is a subject that I have written about repeatedly and...
Read more

Today, Thursday, June 10, only ODDS can circulate. The measure is countrywide and applied between 5:00 am and 9:00 pm, save for those under the...
Expat Focus

QCOSTARICA - In times of pandemic, things change constantly, especially when it is necessary to tighten the belt to reduce the contagion of covid-19. The...
Trends