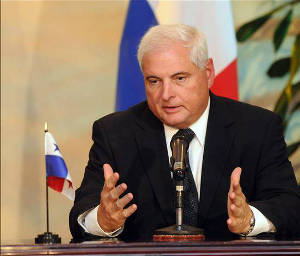 (QPANAMA) Panama’s public debt will exceed $17 billion USD by the end of President Ricardo Martinelli’s term of office, said Frank De Lima, Minister of Economy and Finance, who assured that the debt will be covered by the Savings Fund. Those estimates do not include entities that are not part of the non-financial public sector, like Tocumen S. A. and the National Freeway Company, which would raise the number to $21 billion USD.

In a meeting organized by the Chamber of Commerce and Industries and Agriculture of Panama, De Lima said that the debt is sustainable and that it will be paid off with the aforementioned Fund, as well as by raising incomes and through sales of state bonds.

Horacio Estribi, former Director of Economic Analysis and Public Investment, said that significant mistakes have been made in handling the issue, which has not been tackled in a transparent way, and that investment in social causes is not being prioritized or directed.

He also considered that the situation is manageable, but advised caution with public credit due to an imminent rate hike when the U.S. Federal Reserve ceases its stimulus spending. The official currency of Panama is the United States dollar.

QCOSTARICA - The news of the reinstatement of the...
Cartago