A six-hour power outage at the Tocumen International Airport in Panama City made headlines around the world. The airport is currently undergoing a US$1 billion expansion.

Panama’s Chamber of Commerce has blasted the government of Juan Carlos Varela over last week’s six-hour blackout of the Tocumen International aiport (PTY), one of Latin America’s busiest airports.

The Chamber, in a strong message on Sunday, Sep. 24, called on the government to carry out all the “investments that are required” to provide needed services.

The airport, the Aeropuerto Internacional de Tocumen, is currently undergoing a US$1 billion expansion. 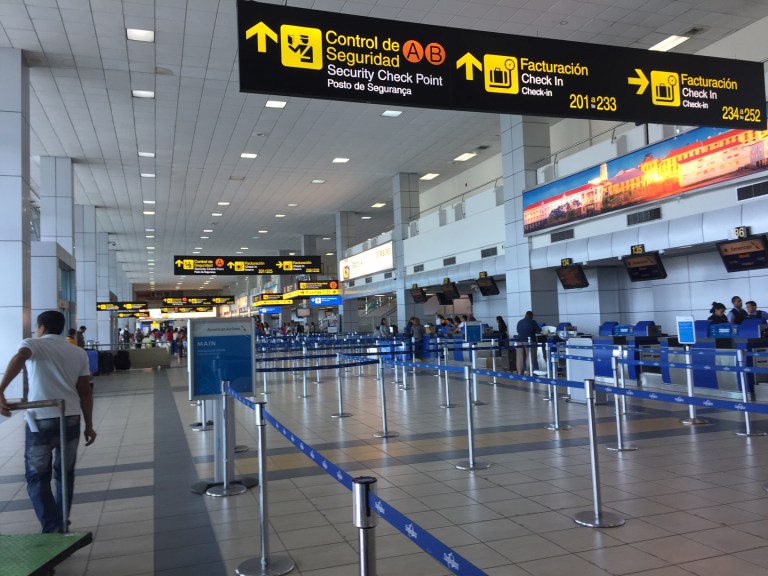 “If not,” said the chamber “we are playing with the country’s reputation and the quality and availability of services for our fellow citizens, ” reports Newsroompanama.com, the government citing a short circuit in a transformer transfer switch the cause of the electrical power outage at the Tocumen for six hours, on Monday, September 18, affecting about 20,000 passengers in Panama and other countries.

The Tocumen is a hub for the Panamanian airline COPA Airlines, who during the power outage told passengers its flights would be delayed significantly.

The Chamber of Commerce says that what happened at Tocumen last week, beyond the cost of the crisis and the impact on the image of our country, “is a call for attention on the urgency to strengthen state-owned enterprises called to provide a public service in our country, something that, as the Chamber of Commerce, Industries and Agriculture of Panama, we have indicated in innumerable occasions.”

“It is unacceptable that, only when such incidents occur, the need to attend entities such as the Electric Transmission Company, S.A., the National Aqueducts and Sewers, (IDAAN) Mi Bus, Panama Metro, S.A. and now Tocumen, S.A., among others.”