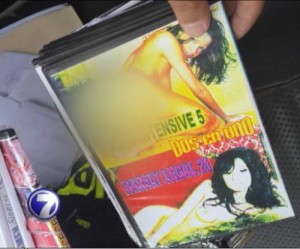 A traffic official (oficial de Tránsito) was arrested on Wednesday by the specialized section on traffic crimes of the Organismo de Investigación Judicial (OIJ), for charging up to ¢60.000 colones (US$120) to look the other way.

Upon inspection of the patrol vehicle, Judicial agents also found a dozen beers, a bottle of whiskey and several pornographic DVDs.

But, the case will probably won’t go past the charges being filed.

Of the 20 cases of corruption against traffic officials in the past couple of years, not one has gone to court, let alone anyone serving a jail sentence.

QCOSTARICA - Osta Rica has been the epicenter of regional diplomacy in recent days. The successive visits of the Secretary of State of the...
Guatemala

Q24N - Arriving in the Guatemalan capital about two hours late, after the plane in which she was traveling had to turn around due...
Peru