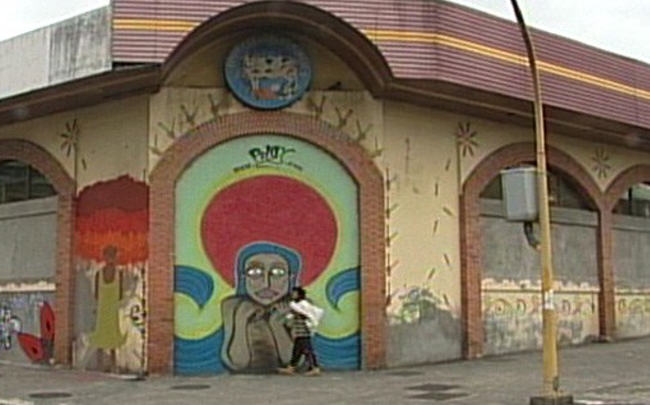 With an investment of ¢516 million colones, the old market building located in the heart of San José, will become the new San José municipal police headquarters.

The remodeling, converting it from a farmers market to a police operation building, has begun. The work includes repairing walls, renewal and new installation of electrical and telecommunications system and the building of a second floor.

The work is expected to be completed by September, a month later some 600 officers of the “Policía Municipal” will call the building home.

The area where the building is located is also called Paso de la Vaca, an area known locally as the “red zone”, home to many of the city’s indigents and marginal businesses, like “massage parlours” (whorehouses) where sexual services can be purchased for as little as a few colones.

The name “Paso de la Vaca” is commonly misunderstood, even among residents of the city. Most believe the name came to be because this zone was frequently travelled by oxcarts before cars became commonplace in the 1950’s. While that version holds somewhat true (oxcarts were parked further south near the Borbon Market), it has no relation to how the zone’s name really came about.

At Christmastime, it was a custom to build nativity scenes on the front porch of your house, known as “pasos”. Being a simple and relatively poor city, nativity scenes in San Jose were all but elaborate. The Zambranos, wanting to showcase their bonanza, decided to build a giant nativity scene in front of their house, and they hired the best artisans in the city to carve the most spectacular figures the town had ever seen.

But when faced with the challenge of carving an ox, the artisans were stuck. A giant ox in the scene would only fuel the running joke, and be taken as an offense by the Zambranos. Turning the ox into a bull to symbolize vigor and strength, would require carving “inappropriate” parts so that it wasn’t mistaken for a cow, and would be ungodly in a nativity scene. Finally, the artisans decided that the best compromise was to add a cow instead of an ox, which they did.

The Zambranos were overjoyed with their nativity scene and promptly displayed it. And sure enough, it didn’t take long for people to notice the ox was missing, and a cow was in it’s place. This detail became so widely spoken of, that the nativity scene was popularly referred to as “El Paso de la Vaca” (“The scene with the cow”). The street promptly came to be known as “La calle del Paso de la Vaca”.

When the Zambranos moved to the southern part of San Jose a few decades later, the scene had become so famous that the name stuck. And this area of downtown remains, to this day, El Paso de la Vaca.