COSTA RICA EXTRA -As the Paul McCartney 2014 Out There! Tour prepares to take a two-week break before the next phase begins in the Far East, the May 1 show in San Jose, Costa Rica at Estadio Nacional was just a copy of the previous show in Quito, Ecuador, with a small exception. There was no addition of “All You Need Is Love” this time. 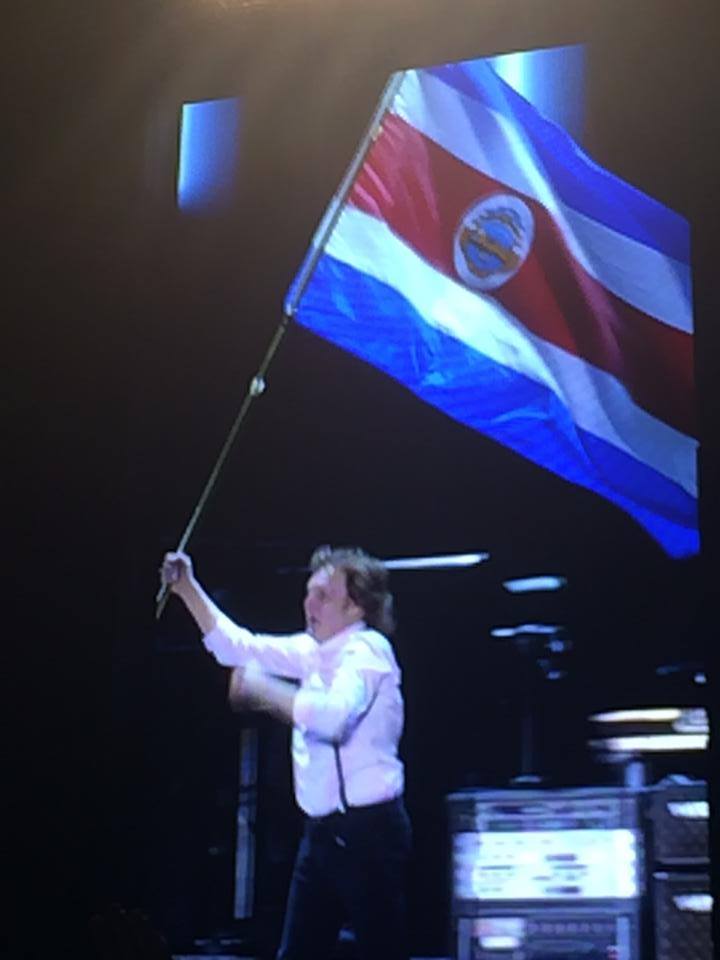 Beatles songs were plentiful throughout the show. According to setlist.fm, he opened with “Eight Days a Week” and a partial list of songs in the setlist included “Paperback Writer,” “All My Loving,” “The Long and Winding Road,” “I’ve Just Seen a Face,” “We Can Work It Out,” “And I Love Her,” “Blackbird,” “All Together Now,” “Lovely Rita,” “Eleanor Rigby” and “Being for the Benefit of Mr. Kite,” which was added for this tour, and “Hey Jude.” The show closed with the “Abbey Road” medley.

The show also featured several solo career songs, with a couple from his most recent album, “NEW.” The songs included “Let Me Roll It,” “Nineteen Hundred and Eighty Five,” “Here Today,” “NEW,” and “Queenie Eye.”

Here’s what the complete official setlist for this show looked like: “Eight Days a Week,” “Save Us,” “All My Loving,” “Listen to What the Man Said,” “Let Me Roll It,” “Paperback Writer,” “My Valentine,” “Nineteen Hundred and Eighty Five,” “The Long and Winding Road,” “Maybe I’m Amazed,” “I’ve Just Seen a Face,” “We Can Work It Out” and “Another Day.”

The Out There! Tour now heads to the Far East for a handful of concerts in Japan and Korea beginning May 17, then to the U.S. It’ll make its U.S. debut in Buddy Holly’s hometown of Lubbock, Texas on June 14, then move on to Dallas. From there, McCartney will also play in Louisiana, Georgia, Florida, Tennessee, Kentucky, New York, Pennsylvania, Illinois, North Dakota, Nebraska, Missouri, Minnesota, Montana, Arizona, California and Utah.