Perspective: Did You Turn Off Your Lights? 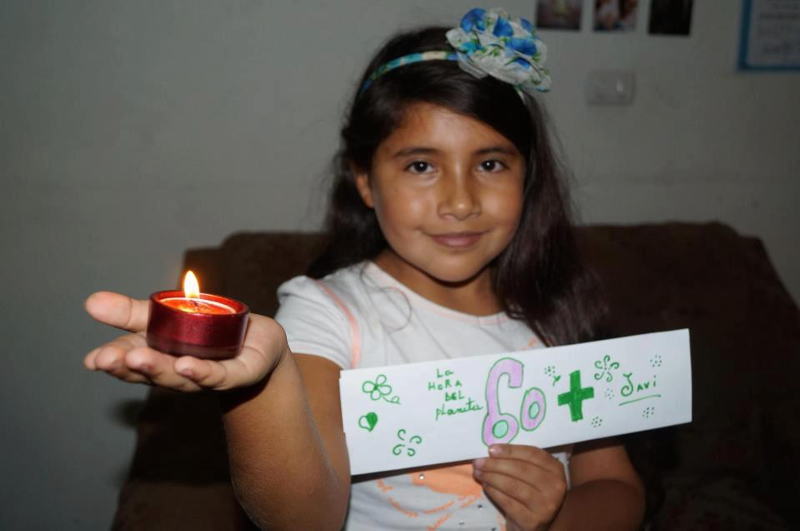 Did you turn off your lights at  last night? Apparently neither did most in Costa Rica.

Not a word on has been written on the subject. The Q has scoured the Spanish language online and printed media and not one mention of the lights being turned off in an effort to save the planet.

Nothing in La Nacion or La Teja, the only two printed publications in Costa Rica on Sunday. Nor anything on CRHOy.com, AmeliaRueda.com, Telenoticias7.com, Repretel.com, Canal9.cr, and so on. Not even the Diarioextra.com. To be fair the Extra doesn’t publish on Sundays.

The only place we could find some info on the global initiative in Costa Rica was on Facebook, La Hora del Planeta Costa Rica – Oficial.

Around the world thousands of cities and towns, were plunged into darkness for an hour Saturday night as part of a World Wildlife Fund initiative called Earth Hour, which helps raise awareness of climate change. People in more than 7,000 cities and towns across the planet turned off lights for an hour from 8:30 to 9:30 p.m. local time.

For the few that did turn off their lights in Costa Rica it didn’t impress the media one bit, at least not enough to even carry something or anything on the event. At the Q we did our small and very significant part, going into total darkness (save for a citronella candle) for 60 minutes.

In my opinion you would think that Mr. René Castro and his crew at the Ministerio de Ambiente (MINAE) – Environment Ministry- would have made some effort, after all Costa Rica touts itself and environmentally aware country, containing 6% of the world’s biodiversity. Too much to ask for?

According to the website, Embassy of Costa Rica, Costa Rica has signed forty-five international environmental treaties (most ratified between 1990 and 2003). There have also been enacted numerous regulatory bodies such as the Organic Law of Ministry of Environment and Energy (MINAE, 1993), the Environment Law (1995), the Forestry Law (1996) and the Biodiversity Act (1998). Since the adoption of the latter, the conservation and sustainable environmental management has a greater specificity. The Act deals with the social demand to conserve and protect biodiversity and endangered species. Also includes measures on the social demand to conserve, protect and sustainably exploit biological resources to ensure the quality of life of future generations and the survival of natural heritage.

- Advertisement -
Paying the bills
Previous articleMore People Have Access to Cellphones Than Toilets
Next articleSATIRE: Costa Rica Gets A ‘Do Over’ Because It Was Snowing