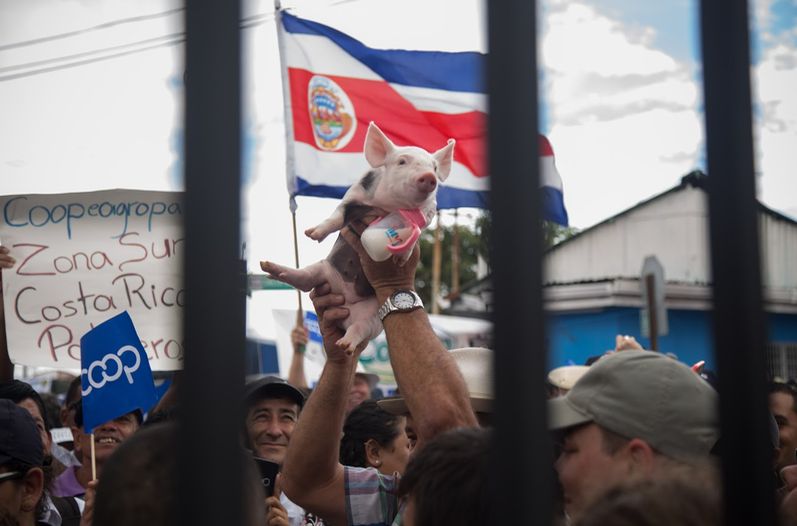 (QCOSTARICA) Hundreds of pig farmers protested outside of Casa Presidencial (Government House), in Zapote, demanding from the government protective measures against imports, in particular pork from Chile.

According to the secretary-general of Upanacional, Guido Vargas, the farmers want government protection from importers that are driving down the price their are paid for pork meat, affecting their financial survival.

The farmers union leader also indicated that the lower price at the wholesale level is not being reflected in the price paid by the consumer.

“We are in a state of helplessness,” Vargas said.

“We want that the president support us from the lies of importers, who say that we are not-self sufficient, requiring imports to satisfy the demand,” said farmer Alexis Sanchez on the Nuestta Voz radio program.

By noon, President Luis Guillermo Solis met with the protestors outside Casa Presidencial , where he was given a box avocados and a 12 month old pig.

The President and representatives of the farmers then went inside for talks.

This is a developing story and we will update as more news comes available. 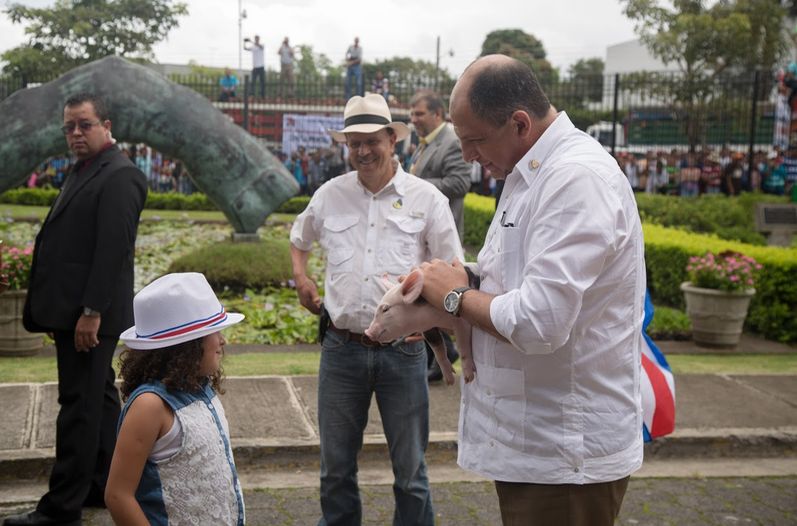 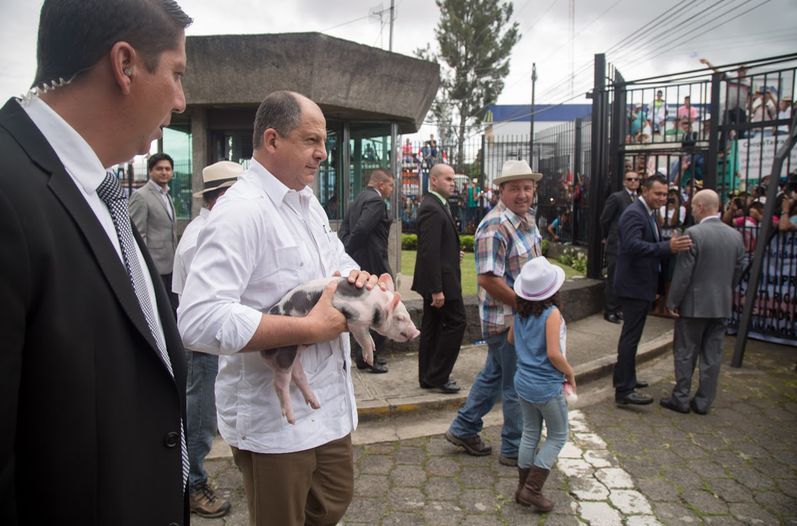 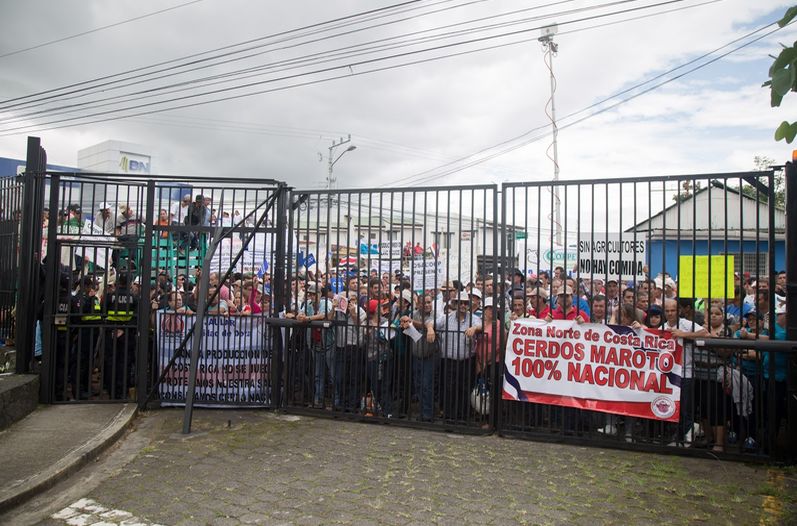 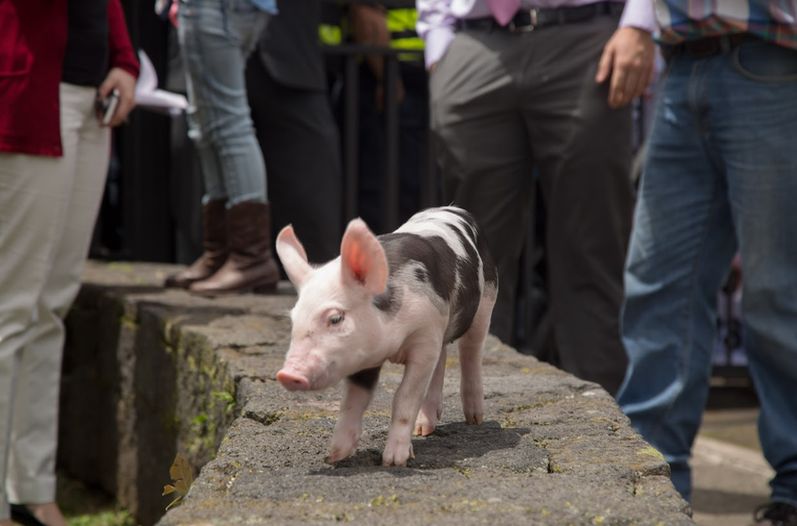 - Advertisement -
Paying the bills
Previous articleNicaragua: New Masaya Industrial Park To Create 4,500 Jobs
Next articleNewborn Twins And Abandoned In A Box Are Stable