QCOSTARICA – The faction of the Partido Liberal Progresista (PLP) expressed its concern about the government’s decision to close Parque Viva for massive activities.

Last Friday, through a press release, the Ministry of Health reported the disqualification of the park for large events, alleging complaints about the traffic congestion that are generated when there are massive activities.

The head of the PLP faction, Eliecer Feinzaig, who ran as the party’s presidential candidate in the 2022 elections, described this measure as premature, which he considers places the legal security of the country at risk.

On the other hand, the legislator indicated that they will ensure the protection of consumer rights and that freedom of the press is respected.

Through his social networks, Rodríguez described the government’s actions with this closure as ‘barbaric and serious danger’.

Meanwhile, Chinchilla pointed out that she is not defending a particular media, but rather the regime of freedom of expression.

“I join the concern expressed by former President Miguel Ángel Rodríguez. It is not defending a particular media, but rather our exceptional regime of freedom of expression that has not been the product of chance, but of the permanent exercise of tolerance by its rulers,” Chichilla published.

Indirectly, former president Carlos Alvarado, at a public function on Saturday, talked about various issues such as freedom of the press, stating “We respect the media, accepting that they strongly criticize us”.

Read more: Former President Carlos Alvarado: “We respect the media, accepting that they strongly criticize us”

The closure of the venue owned by Grupo Nación, which includes ownership of La Nación, was announced just two days after the President of the Republic, Rodrigo Chaves, attacked La Nación with distorted data on bonds issued by the company in the stock market, between 2013 and 2014, whose payments are up to date.

Last Wednesday, the president confirmed that he sent the executive president of the Caja Costarricense de Seguro Social (CCSS), Álvaro Ramos, to request information from the General Superintendence of Securities (Sugeval) about the company’s financial statements.

According to the Ministry of Health, this decision will be reconsidered when the administration of Parque Viva presents a remedial plan for the problems caused to this community. 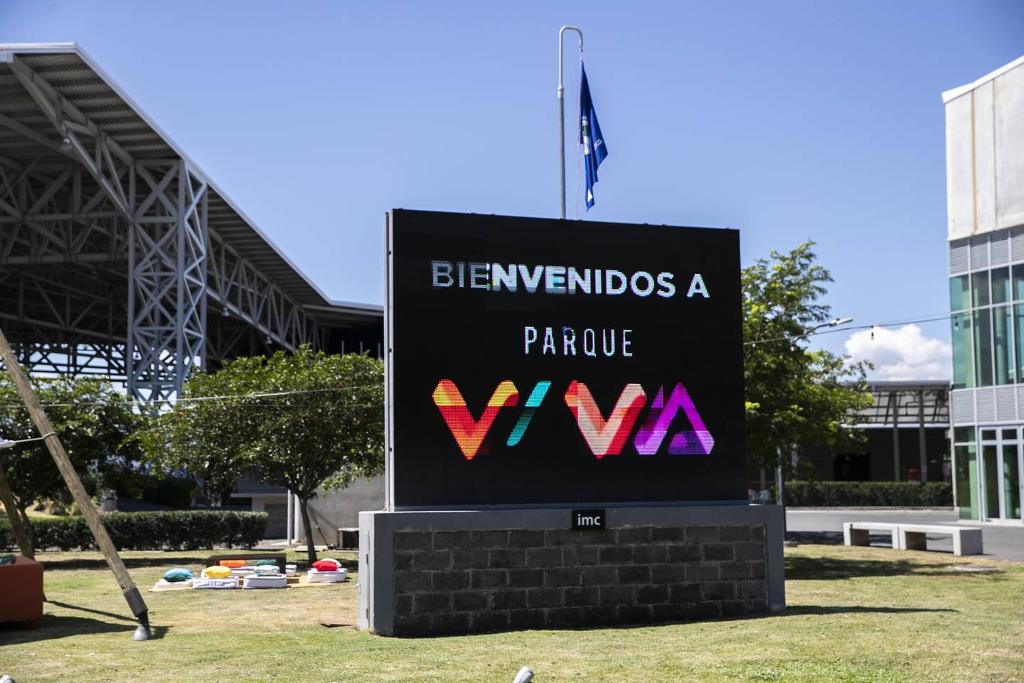 Government wants to “unmud” what they “muddied”

Guácima community leader, Hellen Espinoza, made public that she received on Saturday a request from the Government to rule in favor of the closure of Parque Viva.

According to Espinoza, the call came from a representative of the Dirección Nacional de Desarrollo de la Comunidad (Dinadeco) – National Directorate for Community Development, to sign a letter addressed to the Minister of Health, Josselyn Chacón.

The goal was ot have the letter be in the hands of the minister on Saturday. Espinoza, president of the Asociación de Desarrollo Integral de la Guácima – Guácima Integral Development Association, said she denied that request.

The community leader recognized that there must be improvements in the vicinity of Parque Viva, due to the congestion generated. However, she warned that, in her opinion, the Government wants to “unmud” what they “muddied”, with the closure of the events center.

- Advertisement -
Paying the bills
Previous articleFormer President Carlos Alvarado: “We respect the media, accepting that they strongly criticize us”
Next article7 Best VPNs for Costa Rica in 2022

QCOSTARICA - Good news if your plans to travel...
Politics