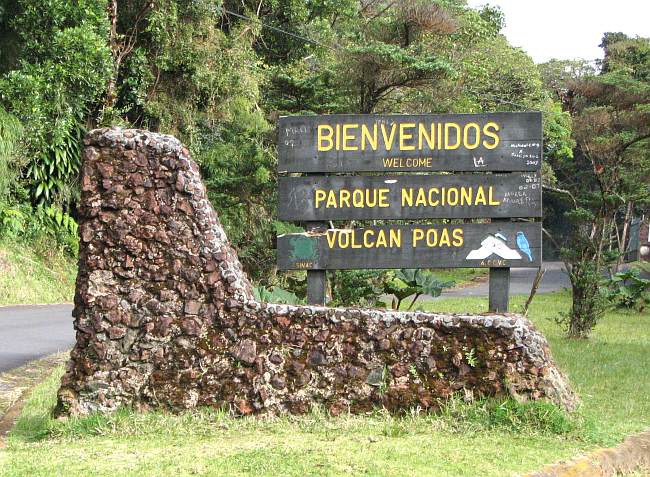 One of the attractive features about Poás is that you can get all the way to the edge of the crater, that is 290 metres (950 ft) deep and quite active with frequent small geyser, lava and phreatic eruptions, however the last major eruptions were during 1952-54. 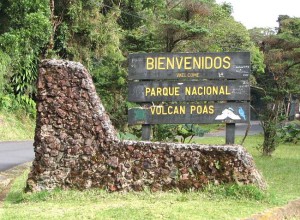 The volcanic lagoons, fumaroles (and close proximity to major hotels and less than 45 minutes from the San José airport) make Poás one of the country’s most popular volcanoes.

Two more craters make up parts of the park, the extinct Von Frantzuis crater and the Botos crater.

Botos is a beautiful cold, green water crater lake with a diameter of 370 metres (1,200 ft). The Botos crater has not erupted for about 7,500 years.

Well-marked trails will take you to see the two inactive craters.

The Poás is an active volcano, but don’t expect to see a full fledged eruption or even any lava flow.

The story of conservation at Poás began in Tennessee’s Great Smoky Mountains National Park in the 1960’s. Mario Boza was a student when he visited the park in the United States and was so impressed that he developed a plan to manage the area around Poás Volcano in a similar way, presented it as his masters thesis, and pursued its implementation. How the plan was adopted as an integral part of the birth and development of the National Park system in Costa Rica is described in David Rains Wallace’s book, The Quetzal and the Macaw.

Poás volcano is a powerful symbol of the geothermal forces that formed Costa Rica.

Flora and fauna
The park maintains a variety of wild plant and animal species, such as the Poas Magnolia tree, and Bangs’s Mountain Squirrel. It is also home to 79 bird species, including the Clay-colored Robin, black guan, Resplendent Quetzal and varieties of hummingbirds, tanagers, flycatchers and toucans. Mammals within the park include coyotes, rabbits, and marmots.

Best Time to Visit
The best time to visit the volcano is in the early morning before the clouds roll in. Because of the higher elevation, it can get quite chilly and damp, so a light jacket or rain parka and appropriate walking/hiking shoes are recommended.

RECOMMENDATION
Do not feed the wild animals, as they have their own particular diet and thus harms their digestive processes.

- Advertisement -
Paying the bills
Previous articleSan José Airport With Drop in Commercial Flights and Passengers
Next articleLuis Guillermo Solís: “This is not blank check”.