OIJ confirm the arrest of five people Wednesday morning, all involved in the attempted murder of a Pococí Criminal Court judge last December. Among the arrested was judge, Lizano Córdoba, who worked alongside the intended victim. 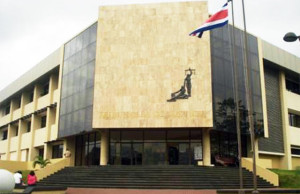 Last December 14, judge Jorger Paisano Saborio,  who was unharmed in the attack, was the target of an intended hit while on his way to work, about four blocks from the Pococi courthouse.

The judge’s car was shot at several times, but none of the bullets met with their intended target.

Prosecutor Juan Pablo González said Paisano had asked for Lizano Córdoba to be fired for failure to perform his job properly and for constantly arriving late to work.

The five face charges of attempted murder, which in Costa Rica carries a sentence of up to 35 years in prison.