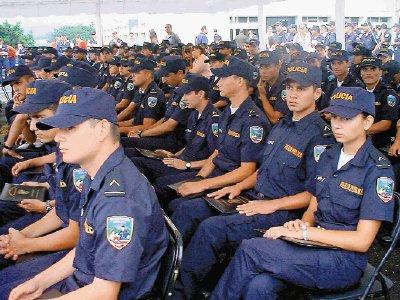 Students at the National Police Academy in Costa Rica got an unexpected practical lesson on September 18th thanks to the hard work of the Directorate of Police Intelligence (Spanish acronym: DIPOL) and members of the Operational Support Group (GAO). 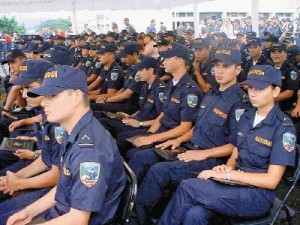 A band of thieves who specialized in armed robbery of pulperias (small-town convenience stores) and residential properties were surprised and arrested… right in front of the Police Academy.

As broadcast on a video posted on the Facebook Timeline of the Ministry of Public Safety (MSP), the DIPOL had been gathering information on the gang of robbers for some time. On Wednesday, September 18th, just three days after Fuerza Publica (the national police force of Costa Rica) captured several wanted criminals during the celebration of the 192nd anniversary of the nation’s Independence, the DIPOL decided it was time to put an end to the gang’s nefarious activities.

Members of GAO, a contingent of Fuerza Publica officers who are trained in special weapons and tactics, were assembled to track down the robbers and take them down. After following them in their vehicle for some time, they noticed that they were headed in a direction that would force them to travel past the National Police Academy.

The DIPOL officers in charge thought that this was a golden opportunity to teach cadets about operational coordination, so they warned the GAO contingent to get ready and to wait for their “go order.” Just as the suspects’ compact vehicle was traveling in front of the main gate of the Police Academy, the GAO officers got the green light. Some came out of unmarked vehicles while others wore civilian clothing and rode motorcycles. The latter officers quickly donned Kevlar vests and masks to disguise their appearance since they often work undercover.

Police cadets came out to witness the take-down and arrest, both activities that they are sure to encounter as future rookies of Fuerza Publica. It was a rainy day and the traffic was heavy on the transited road that cuts through Barrio Cordoba on the way to the southern suburbs of the lovable city of San Jose. Cadets cordoned off the area and directed traffic around the suspects, who were already handcuffed and face-down on the cold, wet asphalt. Officers from the Organization of Judicial Investigations (OIJ) later took over the scene.

The video posted by the MSP shows that the robbers carried firearms, ammunition, masks, and even parts of police uniforms that they used to ply their wicked trade. A statement given by the operational commander indicates that the DIPOL is using informants and going undercover to gather intelligence; in fact, they knew that this gang was en route to commit a villainous act. The MSP plans to continue using snitches and surveillance in order to get valuable information that will allow them to fight crime more effectively.

- Advertisement -
Paying the bills
Previous articleTragically, We Are Not Isolated!
Next articleChina LAC Business Summit Headed For Costa Rica

QCOSTARICA - It is reasonable to believe the major...
Coronavirus