Accounts of dead people on Facebook will soon overtake living ones by 2070. New statistics released by Oxford University authors have opened the door to conversation on the future and management of a Facebook user’s personal information after they pass away.

Researchers at Oxford Internet Institute (OII) put together the population mortality data and the growing number of accounts on the social network giant, which led them to suggest that at least 1.4 billion of the Facebook’s around 2.3 billion users will die before 2100.

The study suggested that, provided that Facebook will continue to grow at a pace of 13% per year until it reaches a penetration rate of 100% for each country-year-age group, there will be 4.9 billion dead users on the site by the end of the century.

Researchers claim it could force society to consider the longer-term consequences of social media usage.

“These statistics give rise to new and difficult questions around who has the right to all this data, how should it be managed in the best interests of the families and friends of the deceased and its use by future historians to understand the past.

“On a societal level, we have just begun asking these questions and we have a long way to go. The management of our digital remains will eventually affect everyone who uses social media, since all of us will one day pass away and leave our data behind. 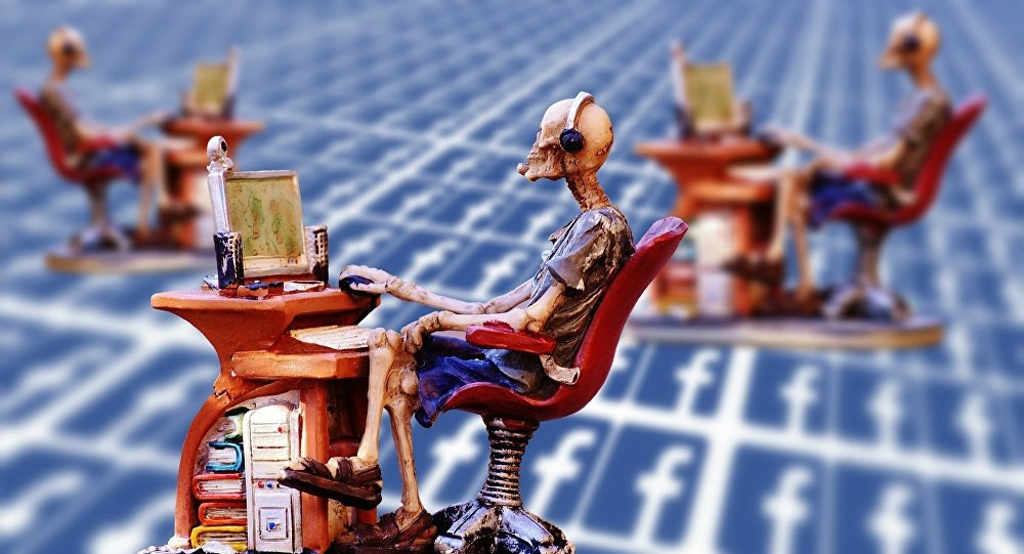 “But the totality of the deceased user profiles also amounts to something larger than the sum of its parts. It is, or will at least become, part of our global digital heritage,” lead author of the research, Carl Ohman, said.

“Facebook should invite historians, archivists, archaeologists and ethicists to participate in the process of curating the vast volume of accumulated data that we leave behind as we pass away.

“This is not just about finding solutions that will be sustainable for the next couple of years, but possibly for many decades ahead,” added Ohrman.

When a Facebook user passes away, the platform does have a system in place for when users die, which allows them to set a legacy contact to control their profile once they die, with the page becoming a memorial space rather than an active profile.

According to Facebook legacy accounts are a place for friends and family to gather and share memories after a person has passed away. The account also helps keep it secure by preventing anyone from logging into it.

Internet Usage Statistics for all the Americas

“A legacy contact can accept friend requests on behalf of a memorialized account, pin a tribute post to the profile and change the profile picture and cover photo. If the account has an area for tributes, a legacy contact will be able to decide who can see and who can post tributes,” according to the social network.

According to the social media site, more than 30 million people view these profiles on the platform every month.

The full paper, ‘Are the Dead Taking Over Facebook? A Big Data Approach to the Future of Death Online’, can be read in Big Data & Society.

Q REPORTS (Newsmax.com) As consumed as Russia is with...
National