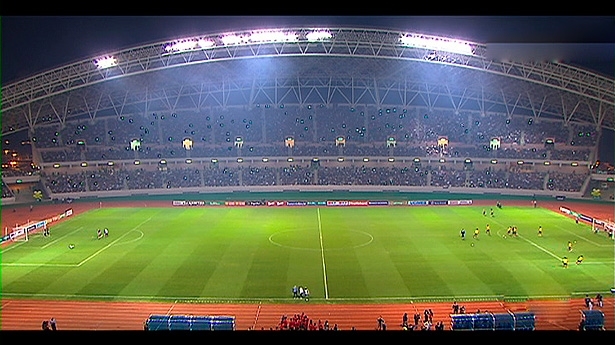 The stadium was full. The fans got to see some of “their” players in action and all for a top ticket cost of ¢5.000 colones. In addition, the fireworks lit up the sky over the stadium.
But, reminder of times past in Costa Rica, the stadium went dark on two separate occasions, one of the power failures lasting almost six minutes.

The first power failure occurred at 10:05am, a few minutes before the Saprissa – Liga game. Later, into the game, the power went out again.

In total, the game was interrupted for about 30 minutes and many left the stadium.

Stadium officials blame an external source for the problem, something to do with work being carried out by the state power and light company and unrelated to the stadium.

At QCostarica, only a few blocks from the stadium, there was no power failure. But, the power did go out – a flicker, enough to reset all systems, including internet service – at 4:05am.