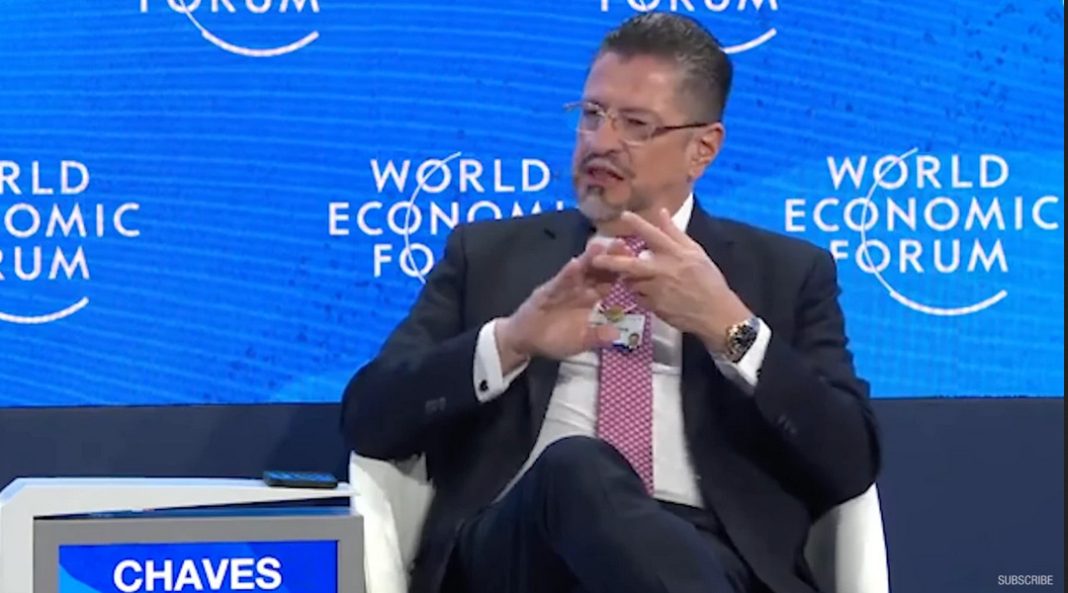 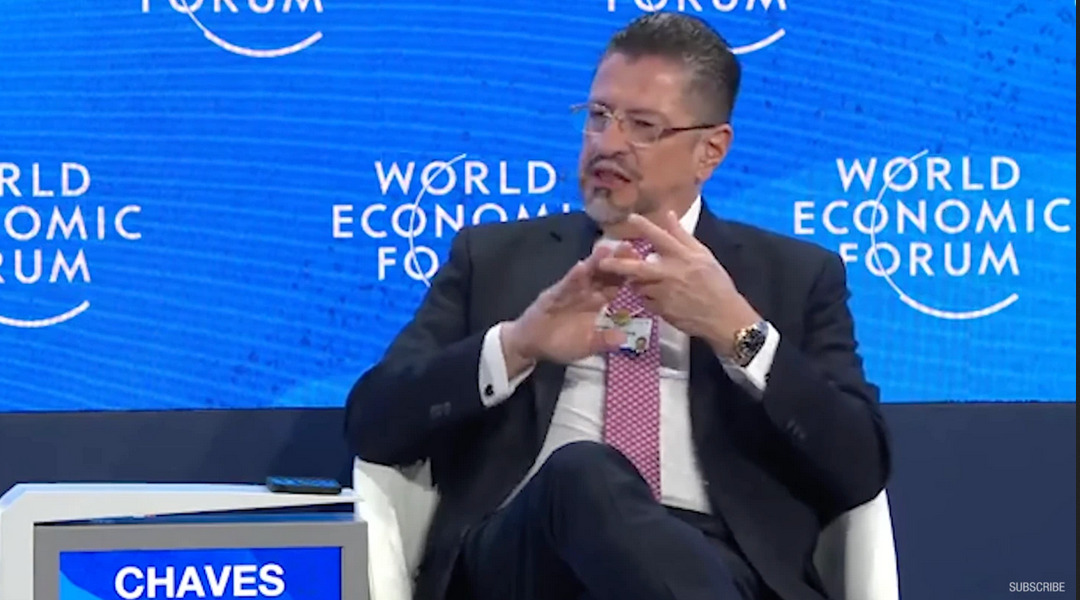 From that small town in the Swiss Alps, he affirmed that Costa Rica has had a “significant deterioration”, that there is too much pollution in the rivers and that it has overinvested in electricity generation, especially from fossil fuels. He added that there is a fiscal disorder and that the tax system, instead of improving the distribution of wealth, worsens it.

Chaves gave these statements during the Latin American Presidential Panel, in the company of his counterparts from Colombia, Iván Duque; the Dominican Republic, Luis Abinader; and the vice president of Peru, Dina Boluarte.

As part of the discussion on post-pandemic recovery, Marisol Argueta de Barillas, director of the Forum for Latin America and moderator, stated: “You (Chaves) were spared this wave that is so serious that the pandemic has produced, but there are also some risks emerging and there will be a complex period in your Presidency”.

Chaves responded to these demonstrations: “I was not spared of anything, on the contrary, I am inheriting what needs to be corrected because, unfortunately, contrary to the experiences that my colleagues (the other presidents) have commented on, Costa Rica did not do it as well and, rather, we have had a significant deterioration”.

“I can’t report on the successes of my 15-day administration, but I can report on the challenges and what we are going to do,” he continued. Later, he continued with a balance of shortcomings that he claims to have found in the country.

Among them, he highlighted the fiscal deficit, social inequity, the quality of public services and wastewater management.

Regarding the pandemic, according to a report by the Pan American Health Organization (PAHO), Costa Rica is among the 10 countries with the highest vaccination coverage in the entire American continent (96% of the total population has at least one dose against covid-19), above the countries of the other leaders present at the meeting: Colombia, the Dominican Republic and Peru.

Regarding inequality, Chaves mentioned: “Income distribution has been greatly spoiled. Costa Rica was the most egalitarian country along with Uruguay for generations. That has not worked, it has deteriorated us, because our tax system, instead of improving income distribution, worsens it”.

The president said that he inherited “a very messy house” and that, after the pandemic crisis, “the agenda is very challenging, with a legacy of a lot of fiscal disorder.”

Likewise, Chaves assured that the reforms that he will promote during his administration will leave winners and losers.

“The reality of things is that all structural changes in public policy generate winners and losers. The challenge of this government is that the winners are the vast majority of the Costa Rican people and the losers are those who have benefited from public policies for years of private monopolies.

‘I am the one who is going to break the bottlenecks’

During his speeches, President Chaves commented that he spoke “with many investors”, to whom, he said, he told them: “Costa Rica is open for business. And I am the one who is going to break all the bottlenecks, I am going to break the chains, we are going to open the doors. Come and invest in Costa Rica and you will definitely find a renewed environment of support, always with social responsibility”.

The World Economic Forum brings together hundreds of government delegations in Switzerland to discuss the world’s new socio-economic challenges, in full post-pandemic recovery and in the midst of Russia’s invasion of Ukraine.

The in-person meeting started on Sunday, May 22, and continues to Thursday, May 26.

This is President Chaves’ first away trip since being inaugurated on May 8.

- Advertisement -
Paying the bills
Previous articleCosta Rica has a dependency of 86.80% on green energy, the fourth highest in the world
Next articleMinister of Tourism projects recovery of the sector by 2023