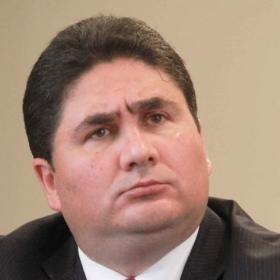 COSTA RICA NEWS – President Luis Guillermo Solís is asking the Fiscalía (prosecutor’s office) to investigate former Transport Minister, Pedro Castro for breach in ethics and possible criminal behaviour in the awarding of contracts for road work, to companies found to be his former clients.

The call for investigation stems from a 63 page report prepared by the Attorney General and delivered to Presidenta Laura Chinchilla  (2010-2014) prior to her leaving office and declared “confidential” and not accessible to the public.

The report investigated alleged favouritism totwo companies, OAS, a Brazilian company and CACISA, a Costa Rican company, companies that hired the former minister for professional engineering services years prior to his being appointed MOPT minister in the Chinchilla administration.

The report concluded that in the case CACISA, in the construction of La Trocha, the trail road 1856 or Juan Rafael Mora, along the San Juan river and the OAS, for the expansion/reconstruction of the autopista Bernardo Soto (San José – San Ramón), “ethical principles of a public official were not observed” and that the former minister should have from the start “refrained directly or indirectly from participating in the discussion and awarding of the contracts to the former client.”

Solís said that the objective is to determine if the investigation by the Attorney General warrants a criminal investigation.

QCOSTARICA - “I know that I am here for...
Nicaragua