President Solis: “I’m Not In A Beauty Contest, I Must Govern For All” 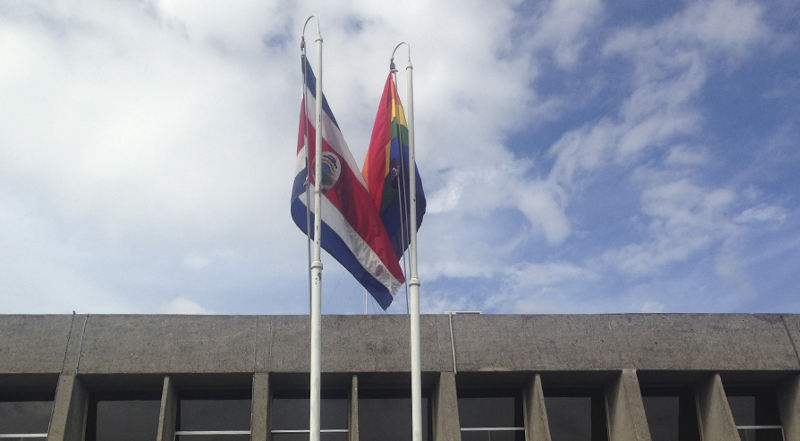 President Luis Guillermo Solís on Friday called on one and all to open their hearts to the new way of understanding diversity, defending the raising of the flag at Casa Presidencial, flying right next to the flag of Costa Rica.

The president said he does mind losing popularity because this is a clear signal that his government is against discrimination.

“I’m not in a beauty contest, I’m here to do what I have to do and that is govern for everyone”, said Solís.

Solis added that this (the raising of the flag) is a gesture towards a group of people who have historically been marginalized. Defending his decision, like the rainbow flag of diversity outside, in his office he has a replica of the Virgen de los Angeles, the patron saint of Costa Rica. 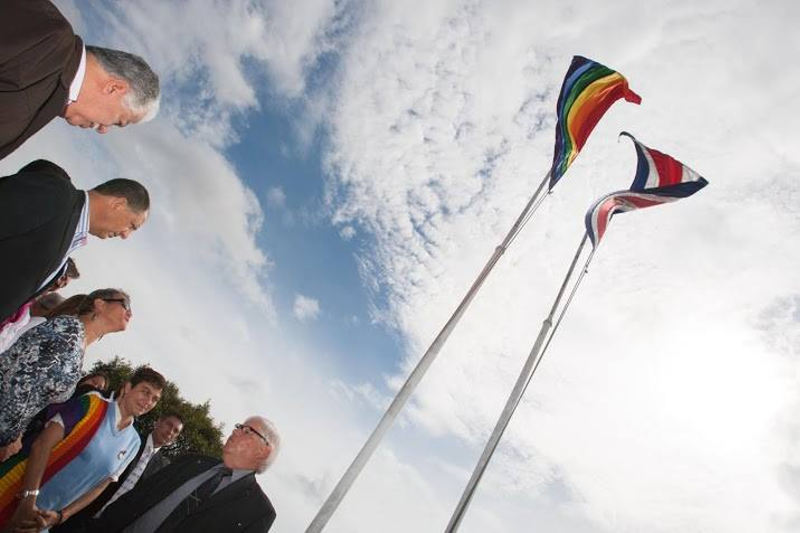 The raising of the flag was early Friday morning, one day ahead of the International Day Against Homophobia and Transphobia (today May 17).

The raising of the flag was demonstrated against by a group of people outside Casa Presidencial, feeling discomfort, though some did commend the President for his action.

The opposed say the flag does not represent them and the general population in Costa Rica and therefore should be flying at Casa Presidencial, which is the home of all Costaricans.