Presidenta Chinchilla Gets “Ride” Back To Costa Rica On Mexico Plane

Presidenta Laura Chinchilla, trapped in Panama’s airport for hours on Saturday, finally got a “ride” back to Costa Rica on  from Mexico’s Foreign Minister, José Antonio Meade, also trapped in Panama due operations problems at Copa Airlines. 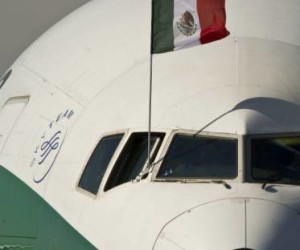 Carlos Roverssi, Costa Rica’s minister of communications, explained on Sunday that Mexico’s Foreign Minister had also been trapped in Panama, when his government sent a plane for him.

Presidenta Chinchilla, after more than seven hours of waiting around, had sent for an ‘avioneta’ (small plane) of the Ministerio de Seguridad Publica, and would take two hours to arrive in Panama.

At the same time the Mexico plane arrived in Panama and the Presidenta was offered a “ride” back to Costa Rica, which was accepted.

The Communications minister expressed his anger at the airline, for all the time the Presidenta was stuck in Panama nobody was able to offer a reason for the delays.