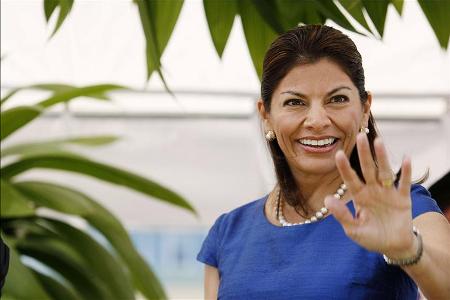 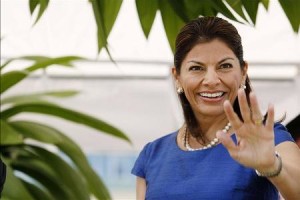 Minutes after the private plane was in the air Casa Presidencial gave notice that Presidenta Laura Chinchilla had left the country, headed for Perú to attend the wedding of the son of Vice-President Luis Liberman. Casa Presidential noted that Chinchilla will also meet with her counterpart on Monday, Peruvian President Ollanta Humala.

Accompanying doña Laura is her husband, Jose Maria Rico. In addition, flying with the Presidenta is theMinistro de Comunicación, Francisco Chacón and his wife, Ministra de Comercio Exterior, Anabel González. All left on the same private plane from the Juan Santamaria airport.

This trip had not been previously announced and does not appear in the presidential agenda on the website of the Presidencia.

The Casa Presidential bulletin says that Monday Chinchilla will meet with Humala to discuss the development of bilateral trade and diplomacy following the approval of the Free Trade Agreement (FTA) between the two countries.

Chinchilla is scheduled to travel to Ecuador on May 22 for formal investiture of president Rafael Correa’s second term, and then onto Cali, Colombia, for the VII Summit of the Pacific Alliance.