Presidenta Chinchilla Will Be Met By Tight Security in Cartago 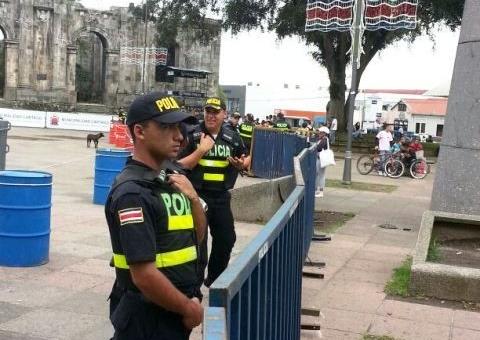 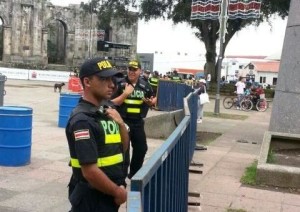 The Independence Torch is a symbol of peace. However, security forces aren’t taking chances and have mounted a strong police operation in Cartago to guard Presidenta Laura Chinchilla and members of her cabinet against manifestations and protests.

One group called Foro de Oriente has called on all Costa Ricans to protest against the Presidenta while she takes part in the torch ceremony in the Old Metropolis.

Communications Minister, Carlos Roverssi, is playing down the issue telling the press that “normal” police operations designed for the occasion are taking place, as in previous years and that there are no special security measures in Cartago.

“It is exactly what has been done for the past six years, in coordination with the city of Cartago”, said Roverssi.

Despite the assurances by the Minister, the social media has been abuzz with postings of a heavy security in Cartago, more than in past years.

QCOSTARICA - A baby of one month and 20...
Redaqted