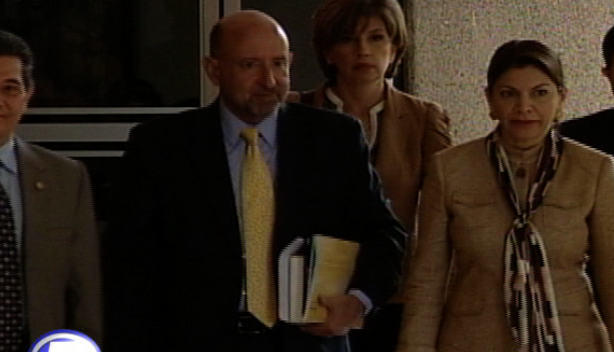 For the fourth year in a row, presidenta Laura Chinchilla, froze the salaries of high ranking officials.

The letter, signed on Monday by the presidenta, keeps the salaries at the same level when she took office in 2010.

Casa Presidencial said that the pay freeze applies to the Presidenta, the two vice-presidents, all ministers and vice-ministers and chief executives of the autonomous institutions like the INS, ICE, AyA, etc.