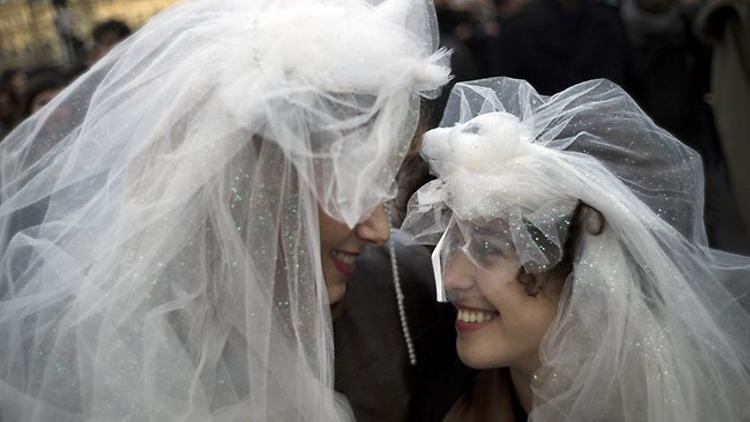 On Monday the amendments to the Ley General de la Persona Joven (Law of the Young Person) became effective upon publication in the official government newsletter, La Gaceta.

One of the amendents is the allowing of same-sex unions.

The Movimiento Diversidad will present on Wednesday six legal actions before the family courts to recognize domestic partnerships.

Of the six couples, four are unions between men and two between women

Article 242 of the Codigo de Familia (Family Code), which was not modified directly, gives legal status to unions between men and women only.

The argument of the detractors of the possible loophole argue that in the absence of a direct modification, civil unions between same-sex couples is a matter of interpretation.

Same-sex couples are ready to go to court, arguing that the new law (Ley General de la Persona Joven), overrides the former. Opponents, on their side, say they will present their case before the Constitutional Court.

Marco Castillo, president of the Movimiento Diversidad, said the couples have the full backing of his organization,

The Ley de la Persona Joven was approved by Legislators on June 24, 2013, was subsequently signed by Presidenta Laura Chinchilla last Monday and as of today is in full effect following yesterday’s publication in La Gaceta.