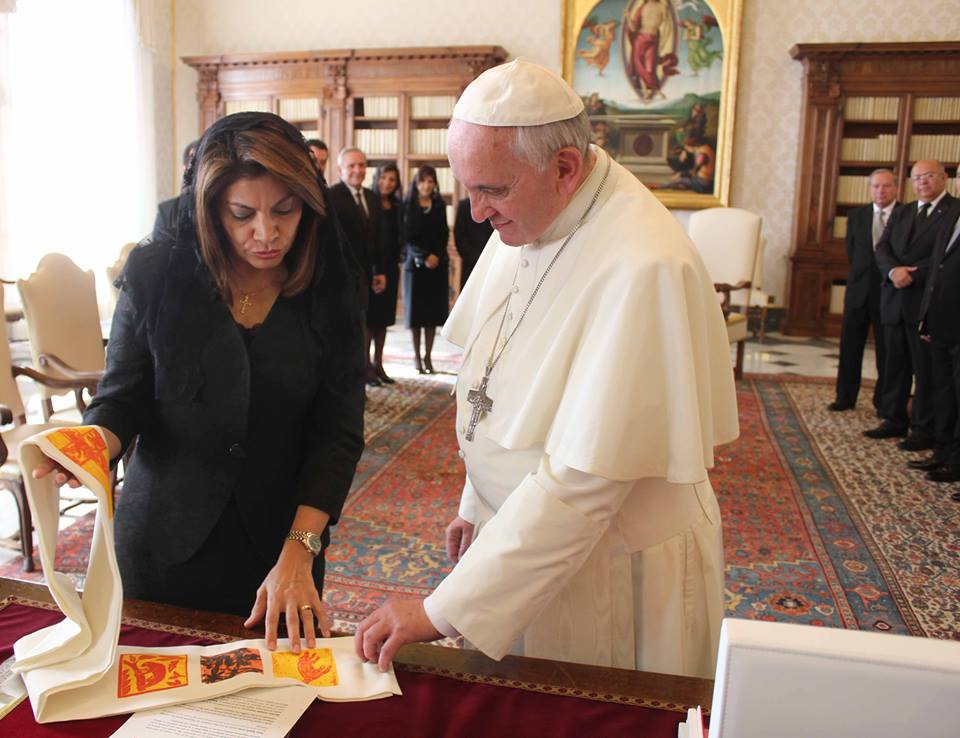 As part of her European Tour that began Sunday,  Presidenta Laura Chinchilla visited the Vatican Friday and met with Pope Francisco.

Doña Laura, without her husband, arrived at the ‘Palazzo Apostolico Biblioteca’ (Apostolic Palace Library) with a delegation of 12. The meeting with the Pope lasted 25 minutes.

“You are at home”, the Pope told Doña Laura. “And so I was…”, she writes on her Facebook page.

Presidenta Chinchilla describes Pope Francisco as “having the gift of gab and very simple, the gift of humility and generosity”.

“Impossible not to feel at home”, said the Presidenta.

According to Doña Laura, her conversations with the Pope included their common concern for the exploitation of human beings in the hands of organized crime engaged in human trafficking, the weaking of social support networks, and the serious problem of climate change.

The Presidenta presented the Pope with a stole made by Costa Rican women just for him. “He received it with joy and ended the meeting saying…when I go to Costa Rica I will wear it.”

At the end of the meeting, the Pope gave his blessing for Costa Rica.

QCOSTARICA - How much does it cost to avoid...
Trends

How To Optimizer Your Business’s Payment Process Easy

The point of sale is one of the most...