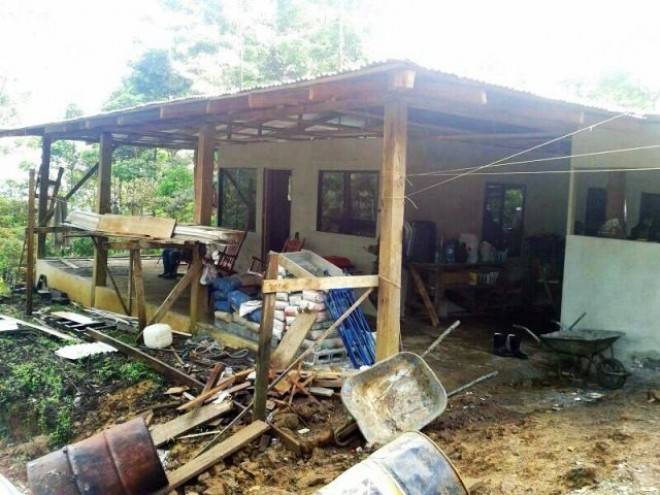 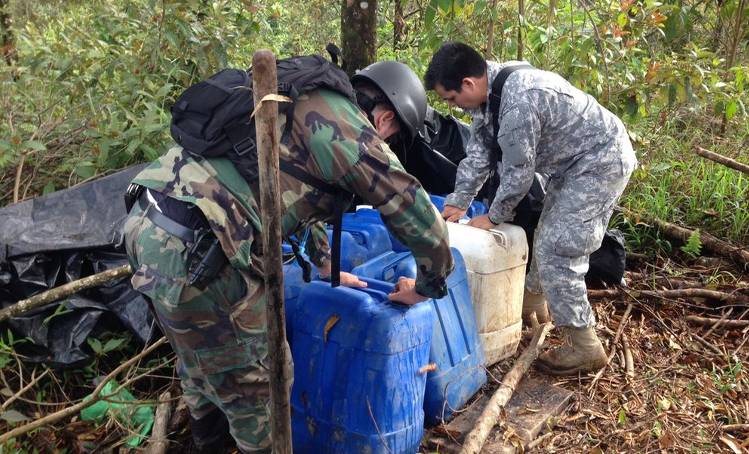 Nearby the agents located a house that is a supposed cocaine processing laboratory, some 20 kilometres from the helipads, on a sprawling 300 hectare farm in an area known as La Argentina, near Pocora, Limón.

Found on site were containes, empty and full, of fuel for the helicopters and some 20 containers with residue of “acido acetico”(acetic acid), a chemical used in the processing of cocaine, leading investigators to believe the area was used as a illicit drug prouction plant.

The Friday morning find is reminiscent of the find last month in Cutris de San Carlos, in the northern zone of Costa Rica, near the Nicaragua border, where arms, containers of fuel and helipads were also discovered.

Gustavo Mata, deputy director of the OIJ, described to reporters Friday the difficulty in accessing the mountainous area.

Local residents alerted authorities several weeks ago of a low flying helicopter over their area.

Last month police found the first in the series of camps and helipads, very close to the Nicaragua border in Cutris de San Carlos. On November 2, a similar find was made in Las Asturias de Pococí, Limón. In that find, US$500.000 cash, weapons and fuel were also found,

Police so far have arrested only two suspects, allegedly connecte to the illegal weapons in Las Asturias camp, and a judge ordering them to six months preventive detention.

QCOSTARICA - For today, September 19, vehicles with EVEN...
Chile