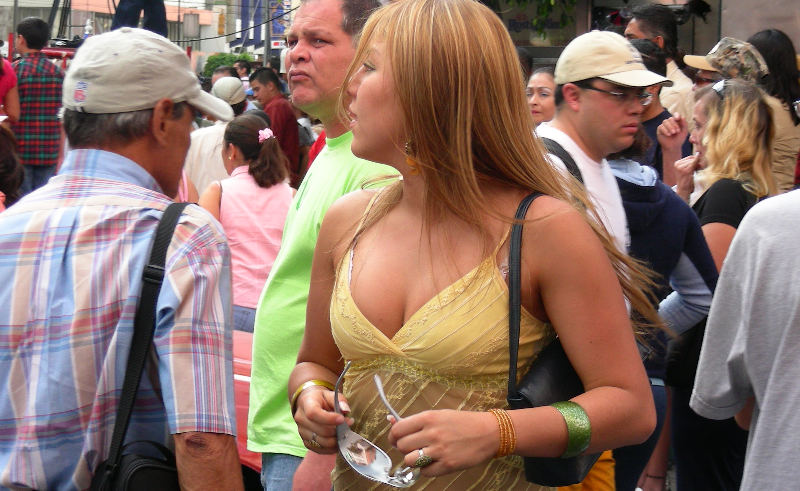 Although some women don’t mind comment directed their way, others do, in particular when the comments are vulgar and indecent, causing discomfort and indignation.

The controversy over the possible sanctioning of piropos in Costa Rica was raised after a similar proposal was introduced in Panama by independent legislator, Ana Matilde Gomez.

In that country, the proposal generated a string of humorous comments and jokes in the social media.

In Costa Rica, many of the women interviewed by Telenoticias – local television 7 news – said they don’t mind the piropos while they are flattering and decent.

But piropos are not only directed towards women, some also admit having been “piropiado”.

The idea of punishing offenders was first introduced by legislator Gloria Valerín, calling for fines from one month to two month’s salary for expressing obscene gestures or words against a woman. That proposal went nowhere.

The women’s institute, the INAMU, has also made several attempts to penalize the piropo, as part of a law of violence against women. That proposal also failed to receive legislative support.

Although in the future a similar proposal may resurface, the behaviour is not regulated.

While Ticas (Costa Rican women) and Latinas in general are used to the piropos, and ignore them, foreign women visiting Costa Rica may find piropos disturbing or insulting.

Piropos are best handled with a bit of humor and a thick skin. Don’t be surprised if a simple walk down the street elicits calls of “mi amor”, “que rica”, or “rica mami” (sexy).

In most cases, no harm or even disrespect is meant by these words. Take them as a compliment. Though Costa Rica seems very similar to North America (the US and Canada), the culture is different, the rules of the street have a different set of rules.

Some websites offering advice to women travelling alone in Latin America, say a great way to minimize attention and reduce piropos is to modify your wardrobe. Ticas are used to Costa Rican “machismo”, and know how to handle the slew of comments hurled their way. If you prefer to avoid piropos and catcalls altogether, consider exchanging a low-cut top for a more conservative version. Also, note that rural Costa Rica is nothing like the “big city,” and is more traditional and conservative – provocative clothing is not recommended in these areas.

- Advertisement -
Paying the bills
Previous articleCost of Electricity in Costa Rica: It Never Rains But it Pours
Next articleSince The Opening of Chinatown Two Years Ago, 25 Business Have Closed

QMAGAZINE - Machismo in Costa Rica is alive and well. But...
Read more

Q24N - Conditions are deteriorating in a camp on...
Politics