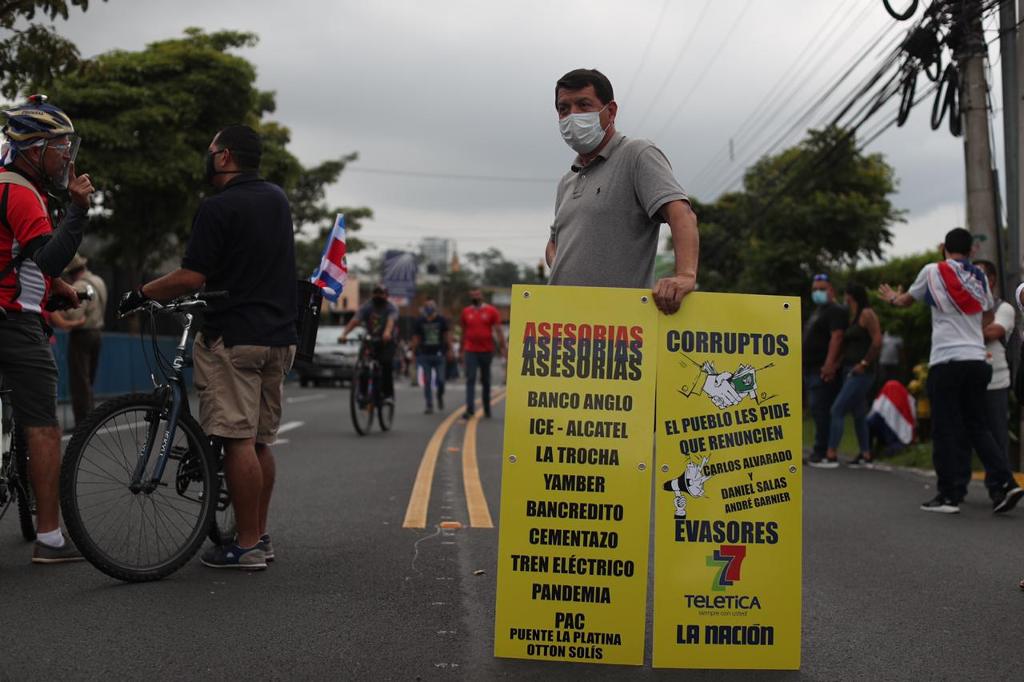 (QCOSTARICA) A march of dozens of people protesting against the health measures applied by the Government to face the COVID-19 pandemic turned to violence both at Presidential House and in the Legislative Assembly, this Tuesday, 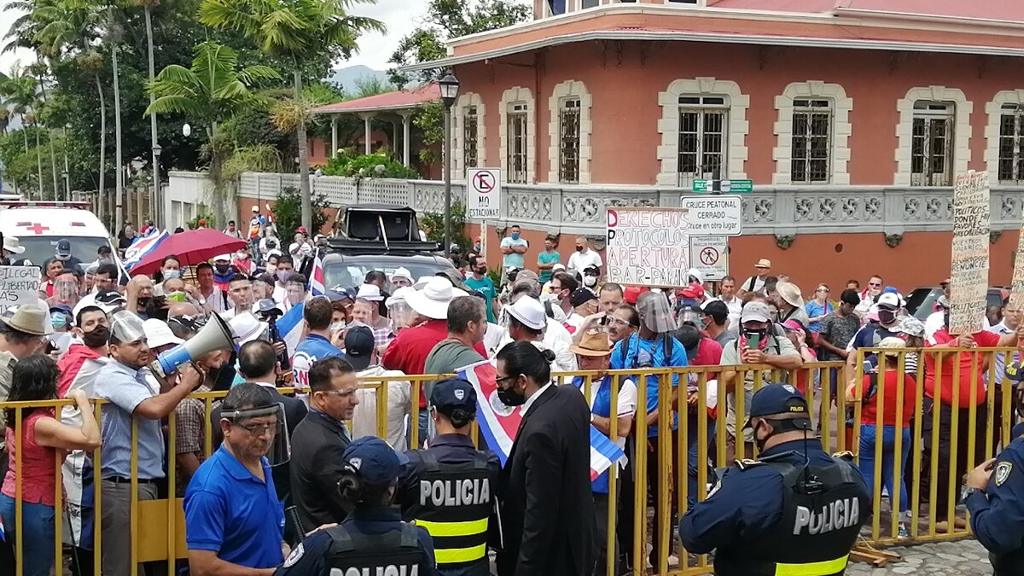 In Zapote, protesters acted against a Traffic Police tow truck; Some even got on the vehicle, according to Columbia News, reporting that during the protest an “explosive” was heard detonated at 2:10 pm near the tow truck.

A video by Columbia also shows the apparent launch of the explosive under the Transit vehicle, as well as a person who reprimands the young man who launched it.

During the demonstration, which previously had been held at the Legislative Assembly, acts of harassment and violence against television channel 7 reporter Yahira Piña and others, who were covering the movement, were also recorded by cameras.

“Given the acts of violence and vandalism, the Government emphatically reiterates its rejection of any manifestation of violence. We always advocate for democratic dialogue for the solution of differences,” declared the Deputy Minister of the Presidency for Political Affairs and Citizen Dialogue, Randall Otárola. 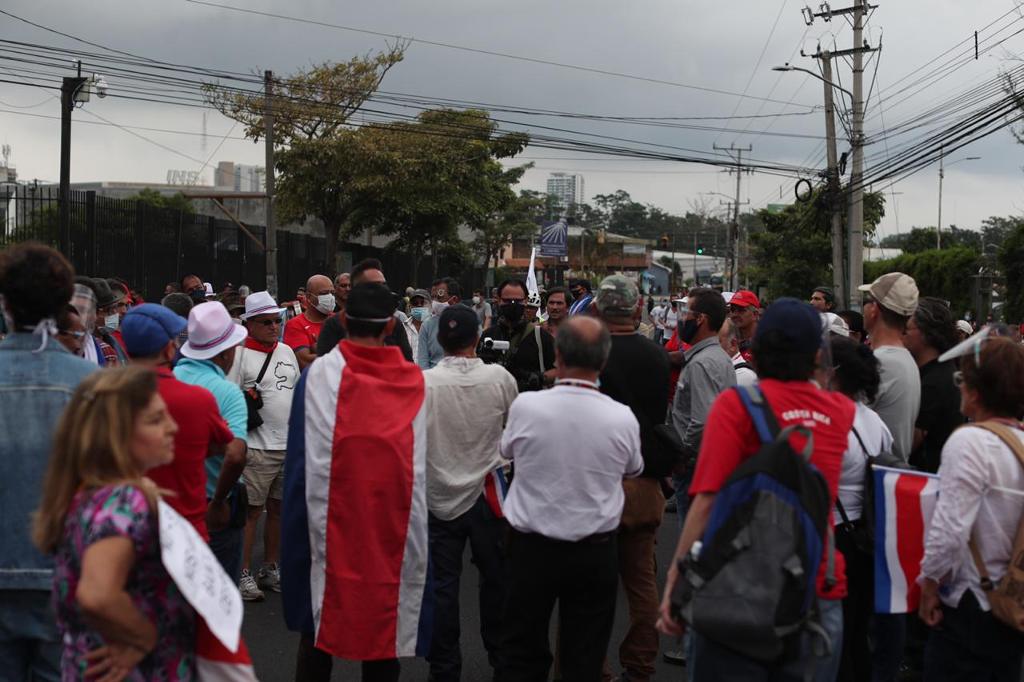 Otárola added that days ago that group sent a list of requests, “to which a timely response will be provided.”

The demonstration at Cuesta de Moras (Legislative Assembly) legislators and former legislators supported the movement in protest against the closures of gyms, vehicle restrictions and even the credit approved in the Legislature the day before with the International Monetary Fund (IMF). 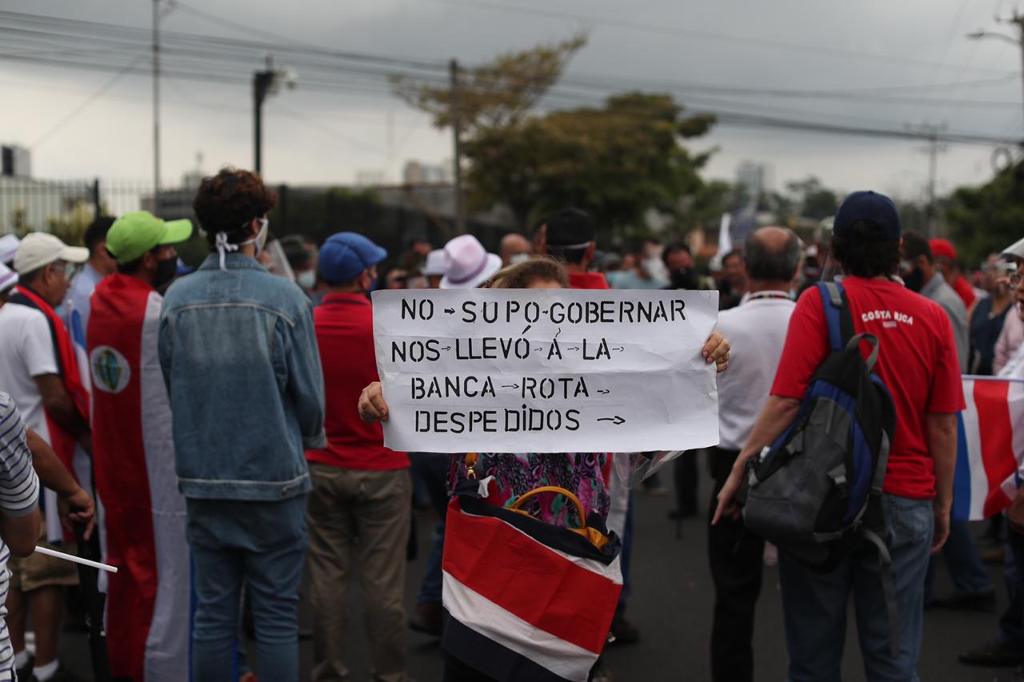 Meanwhile, legislators from the independent Nueva República and thel Partido Unidad Social Cristiana (PUSC) made speeches in support of the protesters, particularly Harllan Hoepelman and Ignacio Alpízar, as well as the PUSC’s Shirley Díaz.